Writing the “Near” History Mystery Thriller 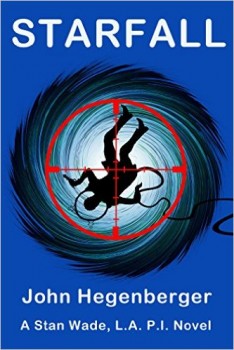 The majority of what we call “historical mystery” takes place during or before WWII. It used to be that the term “antique” could only be applied to things over 100 years old. But now it frequently includes items from as recently as the 1960s. Blame it on the increasing pace of today’s electronic life, but there is now a growing interest in thrillers that take place less than 50 years ago, especially if they involve a fascinating setting, theme, or character.

The Stan Wade, L.A. private eye series, including my new novel, STARFALL, is an example of a Near History Mystery Thriller.

STARFALL is an adventure story of a Los Angeles private eye who gets hooked up with several well-known personalities of the time.

Stan’s office is in a cramped little room at the back of the Brown Derby restaurant, which lets him and the reader encounter several famous Hollywood stars and other notables of the day. The boat where he lives is moored out where they’re dredging what will one day be the glamorous Marina del Rey. And his biggest client is a movie producer, whose initials are W.D. and who is secretly connected to the FBI.

Stan is hired to figure out who murdered the 8th candidate for what today we know as the Mercury 7 astronauts.

You would think that in 1959 L.A., everything was calm and quaint on the outside, but underneath we all had fall-out shelters and knew the world could end it any moment.

Where did you get the idea for STARFALL?

I came to the idea by thinking about all the great television shows that originally aired when I was a kid. What would happen, I wondered, if the characters of these programs had to team up and deal with the real historical events of the time? In other words, what if someone like Mike Hammer were to visit 77 Sunset Strip in order to work with Sky King or Joe Friday to help stop the commies or organized crime in L.A.

What is the setting of this series of books?

Stan and his associates live in the Los Angeles of 1959. I fell in love with the year 1959. It seems to me that the majority of great private investigators worked out of Los Angeles at one era or another, and I want to put the reader in a setting that’s full of wonder and historical significance.

1959 was an important point in time when:

At the back of each book in the series I’ve added “The Fact Behind the Fiction” which details the truth and gives deeper insight into the hidden underpinnings of our world today that began back in 1959.

The answer is another historical mystery thriller… and it’s a lot nearer than you’d think. Coming in April is a follow-up novel: SPADEFALL, where Stan searches for a lost Hammett novel (wherein the Op meets Sam Spade). The story propels our hard-luck L.A. PI first to Texas where he confronts Jack Ruby and then on to Hawaii where he risks life and livelihood to stop a Neo-Nippon threat to America’s new 50th state. 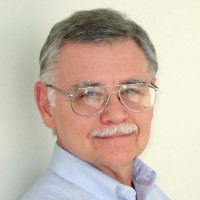 Born and raised in the heart of the heartland, Columbus, Ohio, John Hegenberger is the author of several series: Stan Wade LAPI in 1959, Eliot Cross Columbus-based PI in 1988, and Ace Hart, western gambler from Wyoming to Arizona in 1877.  He’s the father of three, tennis enthusiast, collector of silent films and OTR, hiker, Francophile, B.A. Comparative Lit., Pop culture author, ex-Navy, ex-marketing exec at Exxon, AT&T, and IBM, happily married for 45 years and counting.  Active member of SFWA, PWA and ITW.