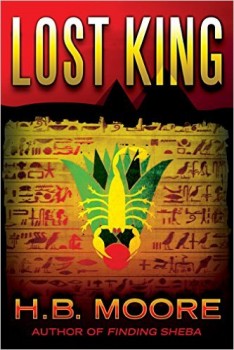 At the age of 14, I met the Coptic pope, Patriarch Shenouda III, who lived in exile in Alexandria. The Coptic Church is the largest Christian religion in the Middle East, and according to tradition, the church was established by St. Mark in the first century, taking on a different position over Christology from that of the Eastern Orthodox Church and the Roman Catholic Church. I’d traveled to Egypt with my father on a business trip, and for an American teenager from Utah, this trip was the beginning of my fascination with ancient Egypt.

As an elementary school student, I’d lived in Maadi, Egypt, but those memories had well faded by my teen years, limited to over-crowded trains and the dark soulful eyes that stared at our family wherever we went. Arriving in the hot, dusty, noisy city of Cairo in 1985, I couldn’t help but be transported back in time to a place where royal barges floated the Nile and henna was used to decorate a woman’s body.

Despite the crowds of tourists, the traffic congestion, and the air filled with exhaust and dust, there was something magical and timeless about the land of Egypt. Once we drove past the inner city and stopped at the Coptic Museum in Old Cairo, the landscape shifted. Stately palms shaded the walkways of the museum, and within the walls, legends surrounded each artifact display, some still waiting to be told.

Something changes inside of you when you’re faced with stories thousands of years old. Curiosity blossoms and questions tumble out faster than can ever be answered. With a Biblical scholar for a father, not only did I have a close resource to ask all my questions, but he could also direct me to the better channels of research and opinion. And as we know, there are many differing opinions in the eclectic world of scholarship.

Years later, I wanted to come up with a story that reached backward through time, but could still connect with modern-day characters. Similar to my Finding Sheba book, which entertains a dual-timeline plot, LOST KING would need to also carry a historic and modern timeline that would intersect in order for all the answers to be revealed. Essentially, as the readers are learning what really happened in the “lost king’s” life from her point of view, the modern-day characters are discovering clues along the way.

My main character, Omar Zagouri, had quite the adventure in his previous book Finding Sheba. I wanted to continue Omar’s character into another book that would support another dual timeline. So, it became time for Omar, an undercover Israeli agent who works to recover stolen artifacts, to solve another mystery—that of Pharaoh Hatshepsut and her possible role in writing parts of the ancient Book of the Dead, a funerary tome buried with Egyptian dignitaries. The Book of the Dead contains “commandments” of how an Egyptian should live his life. Eight of these commands are similar to eight of the Ten Commandments received by Moses from his god.

Debates have crossed international borders as to whether or not Moses was a prophet in commune with God, whether or not he indeed received commandments that guided the Hebrews into the promised land, or . . . if Moses simply borrowed his commandments from the Egyptian Book of the Dead. Surely, Moses was well versed in the funerary document, having been raised in Pharaoh Seti’s court as a boy.

In LOST KING, Omar travels to Egypt where a tomb has been burned, a famous archaeologist burned along with it, and one important missing set of scrolls stolen. But to solve the mystery, Omar needs to learn more about the ancient dignitary’s tomb and the pharaoh he served. For Pharaoh Hatshepsut, life had never been easy. Born the eldest daughter of Thutmose I, she was not the heir to the throne since that title belonged to her male, half-brother, Thutmose II, whom she was expected to marry. And marry him she did. Eventually Hatshepsut succeeded the throne of her husband upon his death, although she was effectively wiped from history when her stepson, Thutmose III, destroyed all evidence of her reign after her own death.
Writing LOST KING enabled me to dive deep into research of Pharaoh Hatshepsut’s life and beliefs that heralded her as the “lost king,” since her identity was not discovered until the 1900s, and formulate a plot that involved her participation in writing the Book of the Dead. One that contained all ten commands, similar to Moses’s ten. This discovery had the potential to turn some of the most fundamental beliefs of the major world religions upside down.

And now it would become Omar Zagouri’s job to stop the thieves from blackmailing the major religions of the world. But first he’d have to travel from Tel Aviv to Cairo and investigate the burned out tomb. And of course, like all things in life, nothing is ever simple for Omar. His girlfriend Mia has gone missing too, and while he’s supposed to be saving lives, recovering stolen artifacts, and protecting ideals, he’s also trying to find the woman to whom he gave his heart. 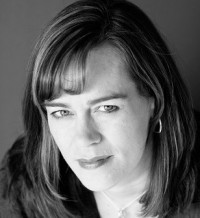 Heather B. Moore is a USA Today bestselling author of more than a dozen historical novels and thrillers, written under pen name H.B. Moore. She writes women’s fiction, romance and inspirational non-fiction under Heather B. Moore. This can all be confusing, so her kids just call her Mom. Heather attended Cairo American College in Egypt, the Anglican School of Jerusalem in Israel, and earned a Bachelor of Science degree from Brigham Young University in Utah.