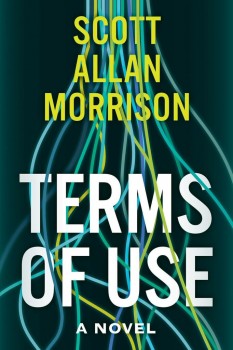 Scott Allan Morrison spent nearly 20 years digging up stories for various news wires covering politics, business, and technology. From Silicon Valley, he reported on everything from the darkest days of the dot-com crash to the Web 2.0 boom and covered most of the world’s top tech companies. This experience prepared him well for writing the tech-savvy thriller, TERMS OF USE.

TERMS OF USE is a thriller about the dark side of social media, where big Internet companies use your data to control your thoughts and actions. Some people call it a techno-thriller, but I think of TERMS OF USE as an unnerving commentary on the bargain our society has struck with the companies that give us “free” Internet services. And to ensure TERMS OF USE is relevant to all readers, I settled on a political story line, with a dollop of geopolitical intrigue, a menacing hit man, and a hint of romance for good measure.

What motivated you to write your novel?

During my years as a Silicon Valley reporter, I often wondered whether we could and should trust the companies that amass, store and analyze our data. What could happen if the wrong people took control of these companies (and every electronic bread crumb we’ve left behind?) How bad could it get? As you see in TERMS OF USE, things could get pretty wild.

With the impact of social media on our lives today, do you see the events you write about as possible in our near future?

Yes. Maybe not this specific story, but I wouldn’t be at all surprised to see an Internet corporation abuse its power in the future. Everything in my novel is possible today. All that’s missing is motive.

Do you think society has become too dependent on social media and the Internet in general?

Let me be clear, I love the power of the Internet to connect us, to teach us, to help us become more creative, make better decisions and be more productive. Are we very dependent on the Internet? Definitely. That’s not necessarily a bad thing as long as we can be sure the profit-driven companies that control the Internet, the new gatekeepers of information, act responsibly and in a manner that benefits and safeguards users. As of today, their terms of use (or terms of service) give them wide latitude to exploit—and profit from—our data as they see fit, and there are very few checks on that power.

What do you think would happen if suddenly social media were unavailable?

Mass chaos. Anarchy…. Ok, maybe it wouldn’t be quite that bad. But people would be really, really pissed.

How did working as a journalist inform/guide your fiction writing?

I wouldn’t have been in a position to write this story if not for my career. And once I decided to go for it, I was able to draw on my industry knowledge, sense of story, and reporting skills to shape the plot. It was much harder to allow myself to let go as a writer, but I eventually managed to overcome my reticence.

What would you say is the single most dangerous threat to society today, technologically, physically or otherwise?

A black swan—something totally unexpected. I’m spouting off about social media, scientists are warning us about global warming, and pundits have us terrified of ISIS. But I’m guessing we haven’t given much thought, if any at all, to the single most dangerous threat to society. History has shown that it’s usually the unforeseen events that throw us for a loop.

Roaming around the southern Mexican state of Chiapas in a VW bug, dodging military checkpoints as we tried to locate Subcommandante Marcos during the Zapatista rebellion in January 1994. We never found him.

Your bio mentions you speak “rusty Mandarin.” In my book, any Mandarin would be exceptionally good. Where did you learn it?

I taught English in Taiwan for a few years. Once I (finally) developed an ear for Mandarin’s tones (it ain’t easy), I managed to pick things up fairly quickly. By the time I left, I could get by in day-to-day conversation. It’s been so long now that “rusty” is a charitable description of my Mandarin.

And now for the deep philosophical question that seeks to discover the true thoughts and imaginations of Scott Allan Morrison. You are marooned on a desert island with only coconuts and raw fish for your sustenance. What two books, one beverage, and one other thing small enough to fit in your pocket would you want to have with you?

Catch-22, In Cold Blood, a margarita (I insist on being marooned on a tropical desert island), and a fold-up, pocket-sized machete (they have those, right?) 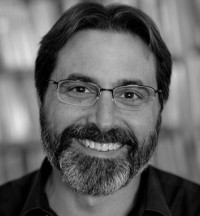 Scott Allan Morrison was a journalist for almost twenty years, covering politics, business, and technology in Mexico, Canada, and the United States. Morrison arrived in Silicon Valley as a reporter for the Financial Times during the darkest days of the dot-com crash. He later covered the Web 2.0 boom for Dow Jones Newswires and the Wall Street Journal. Over the course of a decade, Morrison covered most of the world’s top tech companies and chronicled many of Silicon Valley’s greatest stories, including the rise of Internet insecurity and the explosion of social media. Before setting his sights on journalism, he spent four years teaching English and traveling in Southeast Asia. He speaks fluent Spanish and very rusty Mandarin. He lives in Northern California with his wife and his hockey sticks.