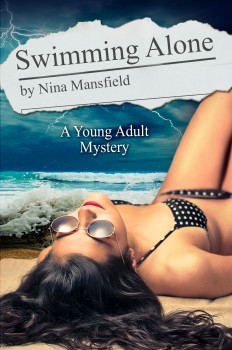 I’ve always been drawn to the water. As I write those words, they seem a bit hokey. It’s not like I’m a sailor or have spent a whole lot of time on boats. I don’t squander my time standing on some perilous cliff, searching for my lover who has gone away to sea. But I have chosen to live a short walk from Long Island Sound. And whenever I travel, I make sure to spend time on whatever body of water happens to be nearby.

Water has inspired a great deal of my writing.

Water can also add the thrill to a thriller.

From the Loch Ness Monster to the missing Malaysian Airlines airplane, water has a way of creating mysteries, both legendary and real life.

One of my favorite novels of all time is Daphne du Maurier’s Rebecca. Essential to Rebecca is Manderley’s proximity to the sea. Her death needed to be by drowning. How else could her body have remained hidden? How else could Maxim de Winter have falsely identified her remains? I recently watched the Hitchcock film for the first time. All those images of water crashing on the rocks add a sense of foreboding, a sense that things are not what they seem at Manderley.

Cape Fear, Jaws, The Lady in the Lake: the list of thrillers and mysteries with ocean or lakeside settings is quite lengthy.

It’s no wonder I chose a seaside setting for my first mystery novel.

I drew much of my inspiration for SWIMMING ALONE from two childhood experiences. The first was the time I spent in Rhode Island when I was quite young. My grandparents would rent the same bungalow every summer, just a short walk from the beach. It was there, at age seven, that I wrote my first collection of poetry: childish rhymes, odes to the ocean inspired by the sand, the waves, the sun. Certainly nothing with bodies washing up on shore, but it was at that early age that water and writing became inextricably linked for me.

The second experience was the weeks I spent each summer visiting a lake in the Adirondack’s with my high school friends. Thankfully, there was no Sea Side Strangler on the loose. But there were all sorts of youthful antics: lazy afternoons out in a boat that would leave us waterlogged; midnight walks around the lake, during which we were terrified we’d be discovered; and an unfortunate boating accident in which my friend’s hand was mangled.

Many of these images and events have been transformed inside my writing mind and made their way onto the page in SWIMMING ALONE.

Oh sure, I added the serial killer, some dead bodies and a teen protagonist whose best friend goes missing. But setting my tale in the fictional town of Beach Point was essential. I needed a seaside setting to help me create that sense of foreboding.

Because water distorts our vision. And in SWIMMING ALONE, all is not what it seems. 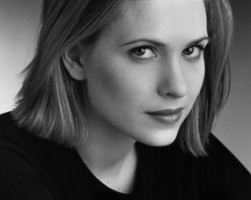 Nina Mansfield is a Connecticut based writer. Swimming Alone, her first young adult mystery novel, was published by Fire & Ice YA in 2015. Nina began her writing career as a playwright. Her plays have been produced throughout United States and in Canada, Australia, England, Ireland and Peru, and are published by Smith & Kraus, Original Works Publishing, One Act Play Depot and YouthPlays. Her short mystery fiction has appeared in Ellery Queen Mystery Magazine and Mysterical-E.

A Question of Inheritance by Elizabeth Edmondson