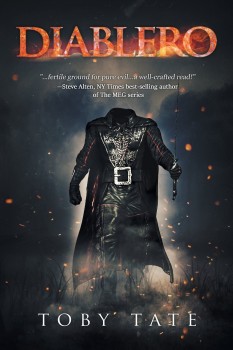 Blackbeard the Pirate was a walking paradox. He was just as likely to shoot one of his own crew members in the knee (which he once did), as he was to personally nursemaid that same crewmember back to health. In fact, it was said that Blackbeard, AKA Edward Teach, had even taken bullets for his crewmen during their frequent battles with the Royal Navy.

So how then did this notorious scallywag, from 1716 to 1718, develop such a reputation for brutality? Well, that’s where the paradox comes in. Teach was known to be as fierce a fighter as he was a lover. According to most accounts, he indeed had a woman in virtually every port. It was said that he would become so infatuated with women that he married several of them and by the time of his death had something like eighteen wives.

In the meantime, he would scuttle ships, take their cargo for his own, and leave their crews marooned on deserted islands. Blackbeard and his crew once created a blockade of Charleston Harbor and threatened to execute prisoners, send their heads to the Governor, and burn all captured ships if his demands for supplies were not met. Yet history has it that a man he had taken prisoner became sick and was on the verge of death, so Teach allowed him to go free in order to get medical attention. The pirate eventually got what he wanted and left Charleston Harbor without firing a shot.

In my thriller, DIABLERO, I tried to stick as close to the real Edward Teach as I could, instead of the bloodthirsty maniac seen in movies or the whimsical caricature read about in books. But I guess that’s why they call it “creative license.”

DIABLERO was written between 2003 and 2008 and it brings Blackbeard into modern times. I always wondered what he would think of our world and how he would deal with certain situations, like romance, for instance, or the threat of violence. You’ll get to meet the real Blackbeard, but with one variation―he’s possessed by an evil entity called Diablero, or the Death Defier. That seemed like the most logical way to bring him back to life and it worked quite well for my story.

The twist is that he is raised from the dead by someone who tries to use him for a nefarious and disturbing purpose. But Blackbeard and the Death Defier also have their own agenda. Of course, you’ll have to read the book to find out the details. 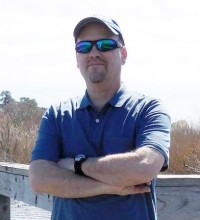