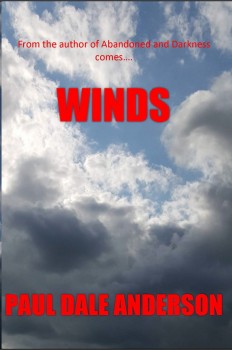 There are eight Guardians of the Watchtowers of the Winds, four males and four females, who balance the flow of energy between worlds and keep the universe in balance. Ellen Groves was one of those eight Guardians, and with Ellen gone the universe is now badly out of balance. Each of the Watchtowers, vortexes of energy that control ley lines flowing from sacred sites around the world, are being attacked by someone who understands the principles of alchemy and magic and seeks ultimate power. The sacred circle in the center of the old-growth forest on Ellen’s property is the only vortex with enough power left to balance polarity, but to restore that balance at least two male and two female Guardians must allow their spirits to fuse inside the sacred circle. Sheila Ryan awakens from a coma to discover she remembers past lives. Sheila and Tom Groves, Ellen’s son, have been inextricably linked together through time and now they must rekindle their passion and recall a love that transcends time and space if they hope to save the universe from an ancient evil who has never known the meaning of love.

WINDS is available from Amazon.

Paul Dale Anderson has written more than 27 novels and hundreds of short stories, mostly in the thriller, mystery, horror, fantasy, and science fiction genres. Paul has also written contemporary romances and westerns. Paul is an Active Member of SFWA and HWA, and he was elected Vice President and Trustee of Horror Writers Association in 1987. He is a current member of International Thriller Writers, Author’s Guild, and a former Active Member of MWA.