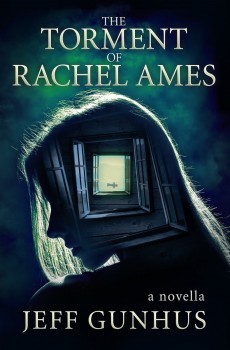 Suffering from writer’s block, novelist Rachel Ames escapes to a lake cabin to calm her mind and regain a sense of herself. The location is perfect. Isolated. Beautiful. Inspiring. It even comes with a good-looking landlord who shows an interest in her. But she can’t shake the sense that something terrible has followed her to the lake, something just beyond her consciousness, something out on the edge where the sounds of a raging fire and sirens linger whenever she slows down to listen. Determined to make the cabin work, she tries to settle in and give her new life a chance. But when strange things begin to happen around her, she wonders if she’s made a terrible mistake. As the darkness that’s followed her manifests itself in inexplicable ways, her concept of reality is stretched thin and she realizes nothing at the lake is what it seems. As she fights to survive with her sanity intact, she understands too late that the location she’s chosen for herself is far from perfect.

THE TORMENT OF RACHEL AMES is available from Amazon.

Jeff Gunhus is the author of thriller and horror novels for adults and the middle grade/YA series, The Templar Chronicles. The first book, Jack Templar Monster Hunter, was written in an effort to get his reluctant reader eleven-year old son excited about reading. It worked and a new series was born. His books for adults have reached the Top 100 on Amazon and have been Foreword Reviews Book of the Year Finalists.

After his experience with his son, he is passionate about helping parents reach young reluctant readers and is active in child literacy issues. As a father of five, he leads an active lifestyle in Maryland with his wife Nicole by trying to constantly keep up with their kids. In rare moments of quiet, he can be found in the back of the City Dock Cafe in Annapolis working on his next novel.