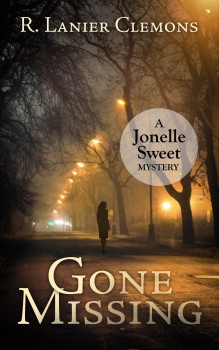 A dead thief.
A missing transgender.
Two different mysteries. And one person has to solve them both.

Jonelle Sweet, newest private detective at Shorter Investigative Services, sets out to crack each case and she knows failure is not an option.

Sally Piedmont believes she sees her dead husband Percy rummaging through her jewelry box under cover of darkness, stealing her jewels, then floating away. As Jonelle explores the twists and turns of Sally’s case, she unearths clues that indicate bigoted son, William, and a nosey and mysterious neighbor, might be involved.
LucieBlu Bonderant, a transgender woman upset at losing a coveted role in a play, vanishes on a seedy Baltimore Street in the early morning hours following a Gay Pride parade. As Jonelle traces LucieBlu’s final steps, she’s pulled into the fascinating worlds of make believe and alternative lifestyles.

While on the surface each case appears vastly different, there are similarities: both projects take a sinister turn, and Jonelle must depend on her instincts or pay the ultimate price.

GONE MISSING is available from Amazon.

Born in Vermilion Parish, Louisiana, R. Lanier Clemons spent her early years moving from one Air Force base to another. It was her father, a career Air Force Sergeant, who instilled in her the love of books.
In college, she majored in Journalism and received her B.A. from Howard University. That degree helped her land a job as Managing Editor of an employee newspaper for the largest telecommunications company in the Washington DC area. Several years were spent writing the “5 W’s.” However, that didn’t dampen her thirst for fiction. With the love of mysteries in the back of her mind, she decided to explore some of the reasons why people committed crimes. That led to a degree in Legal Studies at the University of Maryland.

One day, she decided to sit down and write the kind of book she wanted to read. As a horse owner and competitor for 30 years, she finds writing and riding very similar activities. Both require skill, perseverance and practice in order to continue to grow and excel at each craft.