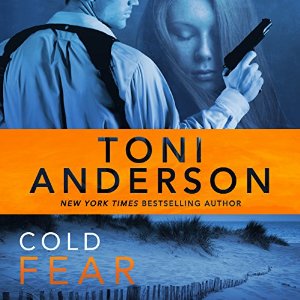 When old evidence turns up on a fresh corpse, ASAC Lincoln Frazer is determined it won’t delay the execution of a convicted serial killer. But when more young women are brutally slain, it becomes clear—this new killer is intimately familiar with the old murders.

Former Army Captain Dr. Isadora Campbell helped her mother hide a terrible crime. After her mother’s death, Izzy resigned her commission and returned to the Outer Banks to raise her rebellious teenage sister. But it doesn’t take long for Izzy to suspect that someone knows exactly what she did, all those years ago.

If they work together, maybe no one else will die.

With pressure mounting to reopen the old case, Frazer will use any means possible to catch the killer. Thrust together during the investigation, he and Izzy find themselves reluctantly attracted to one another, and begin an affair. Meanwhile, the killer is much closer than they think. Izzy’s confession of her secret drives Frazer away as he struggles with her deception. By the time he realizes he’s fallen in love with the stubborn woman, the killer has her. Now the race is on to save Izzy, and any chance of a future they might have together.

COLD FEAR is available from Amazon, Audible and iTunes.

New York Times and USA Today international bestselling author, Toni Anderson, writes dark, gritty Romantic Suspense with over half a million books sold. Her novels have been nominated for the prestigious Romance Writers of America® RITA® Award, Gayle Wilson Award of Excellence, Daphne du Maurier Awards for Excellence, Book Buyers Best, Aspen Gold, and National Readers’ Choice Awards in Romantic Suspense. She has taken home the New England Readers’ Choice Award, and the National Excellence in Romance Fiction Award for Romantic Suspense. Some of her books have been translated into German & Romanian.

A graduate of Marine Biology from the University of Liverpool, and the University of St. Andrews, Toni was a Post-doctoral Research Scientist for several years, and travelled the world with her work. After living in six different countries, she finally settled in the Canadian prairies with her Irish husband and two children. Now she spends her time talking to the voices in her head and making things up. Toni has no explanation for her oft-times dark imagination, and only hopes the romance makes up for it. She’s addicted to reading, dogs, tea (never travels without it), and chocolate. She loves to hear from readers.

Toni donates 15% of her royalties from EDGE OF SURVIVAL to diabetes research–to find out why, read the book!

Toni’s next release will be the fifth book in her bestselling Cold Justice Series, Cold In The Shadows.