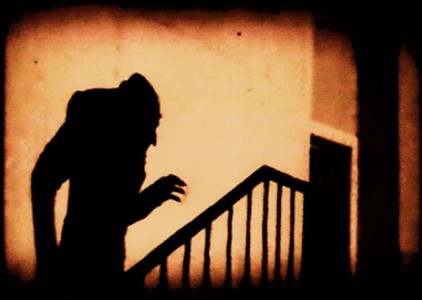 Carolyn Lee Adams didn’t write Ruthless with the intent of getting it published. Instead, her chilling young-adult debut began as a way to cope with the claustrophobic darkness  invading her own life.

“My marriage was falling apart and this novel was free therapy,” Adams says. “I never thought about how it would be perceived by anyone, and I didn’t think about how it would fit into the marketplace. In the end, I wrote the novel I wanted to write.”

In Ruthless, published by Simon Pulse this summer, we meet tough, ambitious Ruth Carver at a time of ultimate vulnerability—as she wakes up bound and blindfolded in the bed of a moving pickup truck. At a remote cabin, deep in the mountains, Ruth comes face-to-face with her captor, the infamous “Wolfman” believed to have already raped and murdered six young girls.

At its core, Ruthless is about survival, but Adams transcends any genre clichés with a series of boundary-pushing plot twists and an intimacy that draws us deep into the character’s mind. The sense of fear is palpable—as many readers can attest.

Adams’s novel has tapped into one of the most sought-after trends in today’s young-adult thriller market—gripping, emotionally charged stories that deal with the heart-stopping core of teen fears rather than the typical “monster of the week” presented during the paranormal heyday.

Readers love horror because it forces them to experience reading in a visceral—sometimes terrifying—way, but because what traumatizes one reader may be vanilla to the next, finding the right balance can be challenging.

“I think human beings want to be thrilled,” says Laura Lescaro, author of “White Is a Human Construct,” one of several creepy short stories in Beware the White Rabbit, an anthology that pays tribute to the 150th anniversary of Lewis Carrol’s Alice in Wonderland. “Literature is the best place to explore and test boundaries, and that is especially true for young people.”

Leap Books publisher Shannon Delany admits she’s “far more willing to consider smartly written thrillers for YA readers than things including vividly written vivisections or dripping disembowlings. The imagination of the reader easily goes to a more powerful place when we allow certain things to remain ‘off screen.’ ”

Hollywood is of a slightly different opinion.

That’s exactly the kind of YA horror bandwagon author Danielle Vega will happily hitch a ride on. While her newest release Survive the Night is also a survival story, it, along with her debut, The Merciless, harken to the traditional slasher-type thrillers of the early 90s, arguably Hollywood’s golden era of pulp-fiction screams.

“Back when The Merciless first came out, gore seemed to be out of fashion,” says Vega. “Don’t get me wrong, I love suspense. We’re talking put a ring on it, capital ‘L’ love. But gore is great, too, and it bums me out that it gets a bad wrap. Look at Quentin Tarantino! Scream Queens! Not to mention all the wonderful slasher films from the 90s and early 2000s. I grew up on those films. With The Merciless, I want to bring them back.”

Her wish is Hollywood’s command. Last year, Vega’s The Merciless was optioned, with Marlene King of Pretty Little Liars fame penning the script. Vega couldn’t be more thrilled. “When I was writing The Merciless, I challenged myself to go further than I thought my editors would let me. It was my first attempt at writing horror, and I was worried it wouldn’t be scary enough, so I intentionally pushed boundaries and trusted that my brilliant editors would let me know if it was too much. They didn’t pull me back—they loved it.”

But in its quest to deliver pulse-pounding thrills, has the industry reached it’s “fear factor” limit?

“Look at Nightmare on Elm Street. Halloween. Anything written by Stephen King. These stories weren’t just gory—they were legitimately terrifying,” says Vega. “If anything, I think the stuff coming out now is tame in comparison. Teens may be desensitized to blood and sex—but I don’t think you can be desensitized to something that’s truly scary. Real horror will always get to you.”

This kind of horror also carries a certain nostalgia, which is one of the reasons Thomas Dunne/St. Martins Press associate editor Kat Brzozowski leaped at the chance to bring back R.L. Stine’s Fear Street series after a lengthy hiatus.

The series delivered classic teen screams that revolutionized the early YA thriller market and is remembered with the kind of reverence typically reserved for childhood keepsakes. Those unfamiliar with Stine’s work might dismiss the books as geared for a more innocent marketplace.

“Bob [R.L.] actually delivers ‘safe scares’ in his middle grade series, Goosebumps but not in his teen series, Fear Street. Nobody dies in Goosebumps; in Fear Street, a character is lucky to make themselves through a book alive,” Brzozowski says. “As a teen, I loved the gruesome deaths in Fear Street. The girl who gets her face pushed onto a pottery wheel in Lights Out is a particular favorite, and as an adult, I’m still drawn to them. Bob has outdone himself in the new book The Lost Girl. I’ll just say this—you’ll never look at a horse the same way again.”

Brzozowski knew the Fear Street books would come with a built-in fan base, but how would they fare in what some are calling the Renaissance for young adult thriller and horror—an era where pop culture continues to blur the preconceived lines of the genre, pushing boundaries and nudging readers out of their long-established comfort zones?

If history is scheduled to repeat itself, Stine’s classics will find a home among a fluid, savvy readership that embraces everything from psychological thriller to the slasher fiction of the 80s—and yes, even the paranormal. That’s not to say writers should dust off their sparkling vampire manuscripts. It’s going to take something truly unique to re-energize the most reluctant editors. “I’ve actually been polling various editors and the responses have ranged from ‘I don’t think I could acquire any right now’ to ‘I’d be game if something really strong/original came across my desk,’” says Hubbard about vamp stories, noting that a big self-published paranormal could usher in a return of the trend sooner rather than later.

“I think the important question is not what beastie is up next but what do the ones with staying power tell us about the psychology of our readers, reluctant and otherwise,” Delany says. “When you determine the primal reason a critter attracts, and holds, an audience’s attention. you can really make progress in the market.”

“I’m not a huge paranormal YA reader myself, but I will say that readers are much more trend-proof than you’d think,” she says. “Just because we as editors think something is ‘over’ or ‘on its way out’ doesn’t’ mean readers don’t still want to buy it! I would have thought vampires would be ‘over’ much sooner, and I’m glad I was wrong—anyone reading any type of YA is a win for all of us.”

This is the first in a new column for The Big Thrill. If you are a member of International Thriller Writers and would like to pitch a trend-story idea, contact the ITW editors here.