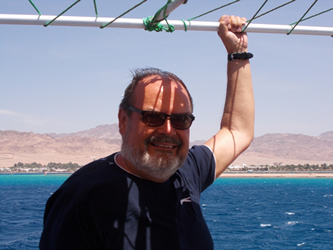 We are racing to the Blue Hole, a diving spot on the Sinai, in the backs of a battered pair of Land Rovers, bouncing over the rutted track as the shouting drivers try to run each other off the makeshift road and down onto the beach–or up into the desert. Camels watch disdainfully as we roar past, while their Bedouin owners shake their heads and laugh. They have seen it all before.

Side by side, the Rovers crest a rise and there on the down-slope before us stand half a dozen square, two-story Bedouin shacks, walled and floored with carpets. We screech to a halt in front of one and pile out, rushing into the shade to catch our breath and sort out our gear. Within moments, we are walking gingerly in single-file along the precipitous path above the reef, below the cliffs with their memorials to lost divers, down to a narrow rock-walled gorge scarcely wider than our front-door at home in distant Tunbridge Wells. So narrow is this gully that we ease ourselves carefully into the water and out to the channel mouth by pushing along the slick rock walls standing at less than an arm’s length on either side.

After four narrow meters, the tiny ravine opens and we find ourselves floating in the low surf at the top of a cliff that plunges down, sheer, into abyssal darkness below where clouds of bubbles rise from the scuba divers down at the edge of the light. A seemingly endless coral wall teeming with fish like the biggest, most beautiful, aquarium in the world. And we turn to the right like birds in flight and start finning towards the Blue Hole itself with its dangers, its mysteries, and its even more beautiful denizens.

Dahab. It means “gold” in Arabic and for centuries it has been a flourishing gold market where the Bedouin merchants of the Sinai’s mineral-rich desert interior could meet the captains of the dhows trading up and down the Gulf of Aqaba and the Red Sea itself. In more recent years, certainly since the Sixties, it has been a haven for free-spirited divers as the reefs that the sailors have feared since time immemorial became world famous for their amazing array of marine life. It is home to turtles, rays, morays eels, sea-horses, and a dazzling array of fish that throng the Three Lagoons, the Canyon, Napoleon Reef, and the deadly Blue Hole, where more than 40 divers have lost their lives. 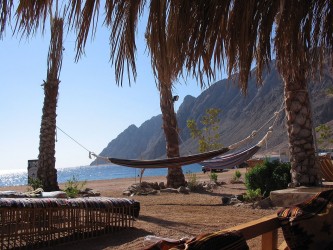 Dahab, on the coast of the Sinai Peninsula

Dahab, however, is only an hour’s drive north of Sharm-el-Sheikh – out of the British Foreign Office’s safe “green zone” into what they call the “amber zone,” where travel is advised only in emergencies. The road north from Sharm takes you across a desert plateau where there is little more than the occasional camel thorn to break the monotony; but there are always the precipitous, pyramid-shaped mountains lining the horizon like sharks’ teeth. After twenty minutes, the road enters the first valley and from then on you might be travelling across Mars. The mountains are sheer, heat-shattered, scree-lined, and red. The only sign of life comes with one or two camels, a distant Bedouin encampment. And the security checkpoints manned by tourist police, security, and army personnel. At all of these checkpoints we stop and show our identification to the soldiers and intelligence officials with their brief smiles and guarded eyes. For this road can be very dangerous. There have been attacks here by insurgent groups coming south out of the “Red Zone” of war-torn North Sinai, to try and damage the tourist industry by kidnapping or attacking tourists; and often by killing soldiers.

But the destination makes the danger worthwhile. 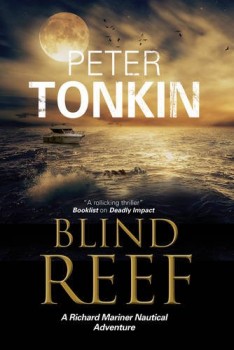 My wife, Charmaine, and I have spent our summers on the Sinai for the last ten years.  We fell in love with the place when we first stepped out of the Gatwick flight at Sharm el-Sheikh International Airport. We were drawn to Dahab by our enjoyment of hot weather and snorkeling.  Whereas I spent some of my youth in Bahrain, Charmaine spent much of hers in Jamaica.  We blossom in temperatures above 40 Celsius. When we left the airport that day, we were met by a solid wall of heat such as I had not experienced since I deplaned from an RAF VC10 in Muharraq thirty-seven years earlier.

The mountains were so geometrical in shape as to leave no doubt where the ancient Egyptians found their inspiration for the  pyramids. The deserts inland exercise a powerful fascination.  Not least because of the history of the Sinai as described in what Christians call the Old Testament, Jews call the Tanakh, and Muslims call the Tawrat – the foundation of three of the world’s greatest religions.  It was here that Moses (Musa to Muslims, though he has ten more possible names in the Jewish faith) saw the Burning Bush and received direction from God. (The Bush itself is preserved at St Catherine’s Monastery, the oldest continuously occupied holy site in Christendom.)  It was through the Sinai that Moses later led the Children of Israel as described in the book of Exodus, fed them with Manna in the Wilderness of Sin, and received the Ten Commandments on the peak of Gebel Musa – Mount Sinai itself.

When Charmaine and I travel to Dahab, we have always stayed at the same hotel, a place where the staff and many of the guests have become firm friends.  There is a company associated with the hotel that arranges trips into the interior, up to St Catherine’s and out to the hard-to-access reefs further down the Gulf and up to the Blue Hole.  It was this company and its infinitely obliging personnel who took us on a range of research trips up into the mountains and on into the desert where we explored dry wadi valleys (where water flows secretly a foot or so beneath the sandy surface) and who introduced us to the endlessly hospitable Bedouin, with whom we shared food, drink and stories in their encampments, and who offered us rides on their supercilious camels and beautiful Arab horses. 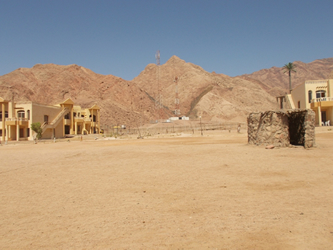 The desert of the Sharm

The latest Richard Mariner adventure arose out of these explorations–and out of lengthy conversations with the Bedouin and the guides. And, of course, with both tourist and professional divers using the hotel and its dive-school, it was their knowledge and advice that gave much color to the book I was researching, which eventually became Blind Reef. Naturally, we ourselves explored as many of Dahab’s reefs as we could, aboard dive-boats, dhows and even glass-bottomed vessels that took us out across the deeper waters of the Gulf of Aquaba.

Much of the town-based action draws on our adventures after dark in Dahab and Sharm. Sharm’s Old Town and Old Market were inspirational. But some of the fine detail–such as the feast Richard and Robin enjoy when they first meet Saiid–is drawn specifically from our Bedouin experiences in Dahab. As are all of those sections of the story set in the mountains and deserts of the interior. But, finally, the opening and the climactic sea-based action have arisen out of our explorations of the wonderful reefs in Sharm-el-Sheikh and the even more breathtaking ones between Dahab and the Blue Hole itself.

Peter Tonkin was born in Ulster as the son of an RAF officer, and spent much of his youth travelling the world from one posting to another. He studied English with Seamus Heaney at Queen’s University Belfast. In his year were Paul Muldoon, Bernard MacLaverty and Ciaran Hinds. He has recently retired from full time teaching, and is married with two sons.Peter published his first bestseller, Killer, in 1978, and since that time has published forty-five novels; thirty in the acclaimed Mariner series and four in the Master of Defence series of historical whodunnits.

This is the first in a new column for The Big Thrill. If you are a member of International Thriller Writers and have a first-person story to tell about researching a place for a new thriller, contact the ITW editors here.