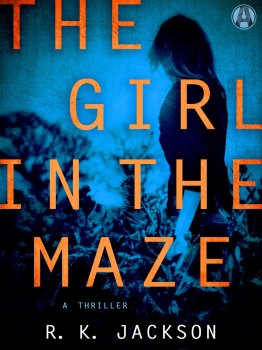 R. K. Jackson’s lyrical, twisty psychological thriller debut follows an aspiring journalist as she uncovers dark truths in a seaswept Southern town—aided by a mysterious outcast and pursued by a ruthless killer.

When Martha Covington moves to Amberleen, Georgia, after her release from a psychiatric ward, she thinks her breakdown is behind her. Taking a summer internship with the local historical society, Martha is tasked with gathering the stories of the Geechee residents of nearby Shell Heap Island, the descendants of slaves who have lived by their own traditions for the last three hundred years.

As Martha delves into her work, the voices she thought she left behind start whispering again, and she begins to doubt her recovery. When a grisly murder occurs, Martha finds herself at the center of a perfect storm—and she’s the perfect suspect. Without a soul to vouch for her innocence or her sanity, Martha journeys through a terrifying labyrinth—to find the truth and clear her name, if she can survive to tell the tale.

“I’m very familiar with coastal Georgia, including Savannah and the islands. Somehow, Randal has captured the mysterious beauty and sense of impending danger one always feels there. The setting, itself, becomes both a mirror and a character in this intriguing and suspenseful story.”
~Barbara Lebow, author of “A Shayna Maidel” and Guggenheim Fellow

“This scared the hell out of me.”
~Laura Otis, MacArthur Genius Fellow and author of “Mueller’s Lab” 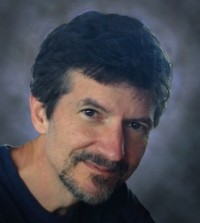 R. K. Jackson is a former CNN journalist who now works at the Jet Propulsion Laboratory in Pasadena, California. He lives with his family in the Los Padres National Forest and is at work on a second Martha Covington thriller.