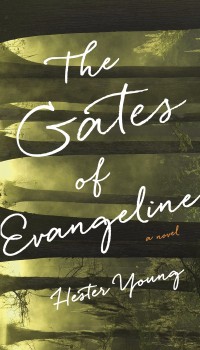 From a unique new talent comes a fast-paced debut, introducing a heroine whose dark visions bring to light secrets that will heal or destroy those around her . . .

When New York journalist and recently bereaved mother Charlotte “Charlie” Cates begins to experience vivid dreams about children she’s sure that she’s lost her mind. Yet these are not the nightmares of a grieving parent, she soon realizes. They are messages and warnings that will help Charlie and the children she sees, if only she can make sense of them.

After a little boy in a boat appears in Charlie’s dreams asking for her help, Charlie finds herself entangled in a thirty-year-old missing-child case that has never ceased to haunt Louisiana’s prestigious Deveau family. Armed with an invitation to Evangeline, the family’s sprawling estate, Charlie heads south, where new friendships and an unlikely romance bring healing. But as she uncovers long-buried secrets of love, money, betrayal, and murder, the facts begin to implicate those she most wants to trust—and her visions reveal an evil closer than she could’ve imagined. A Southern Gothic mystery debut that combines literary suspense and romance with a mystical twist, THE GATES OF EVANGELINE is a story that readers of Gillian Flynn, Kate Atkinson, and Alice Sebold won’t be able to put down.

“Young’s The Gates of Evangeline is a stunning debut novel. A lyrical, haunting, heart-wrenching work of suspense with echoes of du Maurier, Hitchcock, and King.”
—Reed Farrel Coleman, New York Times bestselling author of Robert B. Parker’s The Devil Wins

“In Hester Young’s haunted Louisiana, the ghostly labyrinth of the past opens its great doors to deliver up a lush gothic thriller. The Gates of Evangeline is a darkly marvelous debut, a classic whodunnit stitched with otherworldly chills.”
—Jedediah Berry, author of the Hammett-prize winning The Manual of Detection 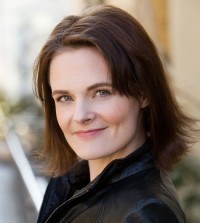 Hester Young holds a master’s degree in English with a creative writing concentration from the University of Hawaii at Manoa, and her short stories have appeared in magazines such as Hawai‘i Review. Before turning to writing full-time, she worked as a teacher in Arizona and New Hampshire. Young lives in Lawrenceville, New Jersey, with her husband and their two children.

To learn more about Hester, please visit her website.