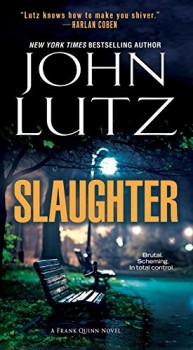 He is the author of more than 40 novels and over 200 short stories and articles. His novels and short fiction have been translated into almost every language.  He is a past president of both Mystery Writers of America and Private Eye Writers of America. Among his awards are the MWA’s Edgar, the PWA’s Shamus, the PWA Life Achievement Award, and the Short Mystery Fiction Society’s Golden Derringer Lifetime Achievement Award.

SLAUGHTER is your latest release, can you give us the inside look?

The underlying theme is that anything can happen to anyone at any time, especially in New York. Many people realize this, but precautions help only slightly if at all. Potential victims–you, me, and the reader–can only avoid so much because we can only know so much. As with this exchange between detectives Sal and Harold, the beginning of Chapter 1 outside of the Dakota: “Lennon was shot there.” “The Russian or the singer?” Not sure whether Harold is playing dumb, Sal growls simply, “The singer.” What else might Harold not know? Trickles can lead to tributaries, can lead to dangerous white-water rivers or plunging falls.

SLAUGHTER features your character Frank Quinn. Who is he?

An old-school retired cop. He is corrupt in small ways, and incorruptible in ways that matter. He’ll park next to a fire hydrant, steal a doughnut, smoke an illegal cigar, or leap from a subway platform and pull you away from the wheels of a speeding train. Do we need more like him, or fewer? Maybe Harold would know.

What one piece of advice did you receive early on that you pass along to new authors?

No matter what you do to further your abilities as a writer, there is no more beneficial way to spend your time than to write. Simply write. I’m not sure who said that.  Maybe I did. I hope so.

I’m not the superstitious type. Yet if I walk beneath a ladder, or a black cat crosses my path, I feel a tingle. I try to undo those little things.

Maybe more Quinn. Or not. The Quinn novels are set in New York. My publisher is in New York. Anything might happen. 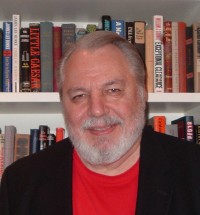 The Grid by Harry Hunsicker