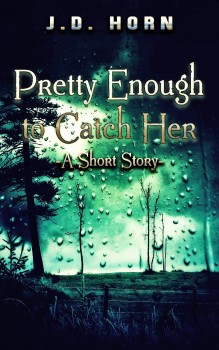 A beautiful widow. Rich. Unhinged. A scheming ex-con convinced he’s found his ticket to the good life. The sexy and dangerous young woman who stands between them. A Southern Gothic cat-and-mouse game where the line between predator and prey is redrawn with each turn of the cards. “Pretty Enough to Catch Her”—a short story from the author of the best-selling Witching Savannah series.

PRETTY ENOUGH TO CATCH HER is available from Amazon.