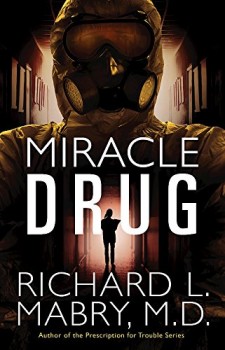 When Richard L. Mabry retired from medicine in 2002, he had spent twenty-six years in private practice and another ten as a professor at the University of Texas Southwestern Medical Center. He had either authored or edited eight textbooks and more than a hundred professional papers, but he had no plans to continue writing. Instead, he intended to have a quiet life reading and playing golf. Of that plan, Mabry says, “God laughed and said, ‘Not so fast.’” The Almighty, it seemed, had other plans for Mabry’s retirement.

Shortly before his scheduled retirement, Mabry’s world was rocked by the death of his first wife. His journaling, done as part of the healing process, was the basis for The Tender Scar: Life After the Death of a Spouse, a nonfiction book that, ten years later, is still in print and serving as a ministry to others.

For Mabry, his faith is the cornerstone of both his life and his writing. His medical suspense novels have a strong spiritual component, and faith plays an important role in his most recent novel, MIRACLE DRUG. Asked how he balances the roles of science and faith in his plots, Mabry says, “I’ve been a person of faith since long before I began the practice of medicine. Thus, it’s natural that it would be a part of every book I write, even though in most there’s no overt Gospel message.”

In MIRACLE DRUG, Dr. Josh Pearson’s mentor is killed, leaving instructions for Josh to take his place as personal physician to the President of the United States. What appears to be the greatest honor of Josh’s career turns into his darkest nightmare when the President and the woman Josh loves are both dosed with a bacterial infection that is resistant to all known antibiotics and is one-hundred-percent fatal.

The book is a page-turner, which I ended up reading in a single sitting, so I was pleased when Dr. Mabry agreed to answer some questions about his writing life and MIRACLE DRUG.

After the success of The Tender Scar, what made you turn from nonfiction to fiction?

At the first writers’ conference I attended, as I tried to figure out how to write that book, a couple of authors (James Scott Bell and Alton Gansky) challenged me to try my hand at fiction. Well, you don’t challenge a man to bowl or play golf or write without getting some sort of reaction. Over a period of four years I wrote four novels that garnered forty rejections, before I got my first fiction contract.

You worked in the medical field for thirty-six years. What was your specialty? How did it prepare you to write MIRACLE DRUG?

My specialty was otolaryngology (or “ear, nose, and throat” if you’re not into Latin). And it didn’t help me a bit. I have to do significant research for every book—not just because my specialty doesn’t figure in my books, but because medicine is constantly changing. If I make a mistake, someone is going to catch it. Although some of the things going on in MIRACLE DRUG were products of my imagination, I still had to make them believable.

I start with an idea, a “hook.” This is a single line that sets up the book. In this case, it was “A doctor is suddenly called on to treat an unusual, normally fatal infection sustained by an ex-President and the doctor’s girlfriend.” Then I populate the book—at least, the major characters. I figure out the first scene, the middle “pillar” that keeps the story from sagging, and the ending. Of course, since I write by the seat of my pants, some of these can change as the book progresses.

What was the inspiration for this book?

My cyber-friend and colleague, the late Michael Palmer, wrote about a physician to the President. Since there’s an ex-President living in my area, I decided to do a book about a physician suddenly thrown into that job. Then I let my imagination take over.

MIRACLE DRUG involves an illness that is resistant to all known antibiotics and is fatal. Although you invented this particular infection, how plausible is it that such a bacterial infection could make its way to the U.S.?

I completed this book before the ebola epidemic touched American shores, which means that I had to imagine how physicians would handle it. Now that we’ve seen what such an infection can do, I think we realize that our country isn’t insulated from such problem.

Obviously, this is a topic that resonates deeply with readers. After nine books, how do you continue to generate fresh ideas and keep from rehashing your plots?

I actually have two problems to solve with every book. Since I don’t write series, I have to not only come up with a plot, but a new set of characters. Since series books are now gaining popularity, I’m considering going back to some earlier novels and picking up the story, using the same characters.

As for new plots—every time I think I’m out of ideas, something catches my imagination. It might be a news story, a bit of gossip, an article in a medical journal. I’m not sure how much longer this can go on, but I’ve decided not to worry about it.

I suppose I depend most often on Stephen King’s advice. I put the problem aside for a day or so, and let my subconscious—he calls it “the boys in the basement”—work on the solution. Sometimes I wake up thinking, “That’s how I do it.” Of course, once or twice I’ve awakened from a dream in which I came up with the perfect plot twist, only to discover that I have no idea what it was.

In MIRACLE DRUG, the stakes are constantly getting higher and higher. Yet, much of the story takes place inside a hospital, and two of the primary characters are bedridden. How do you maintain such a high level of suspense, considering what might at first glance appear to be the limitations of the setting?

Viewed from the inside, a lot of what goes on in a hospital is pretty routine. Since my job is to keep the tension up, I have to focus on the actions and reactions that keep the reader turning pages, skipping the dull parts (which is what Elmore Leonard recommends anyway).

A former agent came up with that catch phrase early in my writing career. It referred to novels that had an inspirational message, and I still think it’s accurate.

More recently, an editor pointed out that it accurately describes what I write—romantic medical suspense. I’d say my books are about two-thirds suspense, and one-third romance. Or, as I say, there’s enough romance to satisfy my female readers, but not so much that male readers throw the book aside in a fit of nausea.

I’ve been fortunate enough to have my books released by two well-known publishers, and they’ve done their part. However, I believe in the adage that no one is as interested in your book selling as you are, so I do a lot of marketing, as well. I do interviews, I’m a guest on a number of blogs, I give away copies of each novel via contests…but in my opinion the best marketing remains word-of-mouth from readers. With nine novels in print, I’m continuing to build that audience slowly but surely, and I hope to keep on doing it as long as I’m able.

One of the hardest lessons for me to learn was not to submit my work prematurely. Once I finished writing the book, I wanted to send it, and that’s wrong. I agree with the dictum that the reader (or agent or editor) should be hooked with the first five pages of their work. But that doesn’t mean neglecting what follows.

What’s next? Will we see more of Josh and Rachel?

My next book after MIRACLE DRUG is already written. Medical Judgment is ready for release by my publisher in the spring of 2016. Meanwhile, I’m finishing a novella that I plan to self-publish for the Christmas season: Silent Night, Deadly Night. I haven’t made a decision about what comes next, but I’m not saying “no” to the idea of revisiting some of the characters from my earlier books.

Thanks for the opportunity to share with the readers of The Big Thrill. 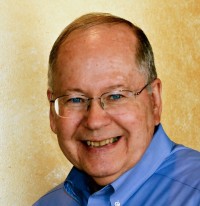 Learn more about Dr. Mabry and his work on his website.