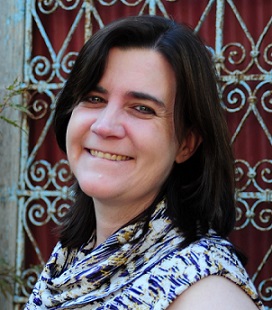 When faced with a new book contract, it seems like many authors fall into one of two camps: Either avoidance (“I’m sure it’s fine”) or suspicion (“I’ve got to stop them from cheating me!”). According to lawyer Susan Spann, herself a thriller author, there’s another way. “Whether or not an author works with an agent, understanding industry standards and ‘normal’ contract terms is critical to the author’s ability to act as his or her own best advocate,” says Spann.

Here are the five essential things to be aware of:

Ensure your royalties are truly “Gross” (and what that means).

In general terms, “gross” means the entirety of a thing, while “net” means what’s left over after certain deductions are made from the gross amount. In publishing, an author’s royalties should be based on “gross”—meaning “the entire sales amount”—and not on the amount that remains after deduction of publishing costs or other expenses.

In a traditional publishing deal, the publisher (not the author) bears the costs of publication. Regardless of whether the publishing contract uses the word “gross” or “net,” the author’s royalties should be calculated as a percentage of either: (a) the money the publisher receives from sales of the work, or (b) the sales price of the work. Royalty percentages should not contain deductions or offsets for anything but returns (where appropriate) and sums (such as taxes or additional shipping fees) paid by the purchaser in addition to the purchase price.

Understand the difference between Copyright Ownership and Licensing.

“Copyright” is actually a bundle of related rights which includes not only publishing rights (in all forms and formats) but also subsidiary rights like sequels, translations, film adaptations, and merchandising—just to name a few.

The author of a creative work owns all of these rights, as a bundle, and remains the owner until the rights are permanently transferred to someone else. However, the author can also retain ownership of the rights and license them to third parties, either individually or as a group. The license can be either “exclusive”—meaning that neither the author nor anyone else can use the rights during the term of the license—or “non-exclusive,” meaning that the author can use them (and license them to other third parties) during the license term.

Publishing contracts involve a license of certain rights to the publisher, and should always contain a clear statement that ownership of the copyright in and to the Work belongs to the author, along with “all other rights in and to the work which are not specifically granted to the publisher” in the contract.

Ask for the contract to permit reversion of unused rights, upon the author’s request, after a stated time.

Publishers often ask for rights that end up sitting around unused (certain translation rights are a good example). While the publisher may not be willing to forego the initial license, many publishers will agree to language permitting the author to request (and obtain) reversion of unutilized subsidiary rights after a stated period of time.

For example: “At any time after the third (3rd) annual anniversary of the Work’s initial publication date, the Author may request, in writing, reversion of any foreign language and/or translation rights which Publisher has not used or licensed as of the date of the request for reversion, at which time such rights will revert to the Author automatically, with no payment or obligation to Publisher.”

The publisher may want to negotiate the length of time before reversion, or request an additional period of time to license the rights after notice and before reversion, but many authors don’t even think to request this type of reversion. Timed reversion rights can often represent a good compromise, giving the publisher the first opportunity to exploit the rights in question, while allowing the author to retrieve them if the publisher doesn’t make them profitable within a stated time.

Make sure “Out-Of-Print” status is be based on royalty-bearing sales figures, not “availability for purchase.”

Publishing contracts should contain a clause permitting the author to terminate the contract, and obtain reversion of all rights to the work, if the work goes “out of print.” Before the rise of ebooks, “out of print” status was determined either by the existence of stock (printed copies of the work) in the publisher’s warehouse or by the book’s status as “available for sale through standard channels.” Unfortunately, ebooks remain “for sale through standard channels” as long as the publisher leaves them for sale through Amazon, or even on the publisher’s own website. This makes availability a bad mechanism for determining “out of print” status in the modern publishing world.

Instead, make sure the publishing contract determines “out of print” status with reference to royalty-bearing sales figures. If the work sells less than a stated number of royalty-bearing copies during any single sales period (or, sometimes, two sales periods), the work should be considered “out of print,” triggering the author’s termination rights.

Note: The number of copies required to trigger out of print status is negotiable, and varies.

Know that the author’s (or agent’s) attitude can have a significant impact on the success—or failure—of contract negotiations.

Many editors and publishing houses are willing to negotiate, and change, their standard contract language if asked in a polite, professional manner. Not all changes are welcome, of course, and publishing contracts are largely “take it or leave it” where the clauses reflecting the publisher’s standard business practices are concerned.

However, there is room for negotiation of far more points than many authors realize—but only for those who approach the process from a place of mutual respect and polite behavior. An author’s rudeness, unreasonable demands, and hostility (or insults) will have a serious negative impact on the publisher’s willingness to negotiate. The old, grandmotherly adage that “you catch more flies with honey than with vinegar” absolutely applies to publishing negotiations, and the author who remembers that from the get-go will obtain a far better contract than the one who sees the editor or publishing house as an adversary.

Obviously, there’s more to the contract story than these five points. Even a fairly straightforward contract contains a lot of legalese between the printed lines. Before you sign a publishing deal—no matter how friendly the publisher seems—make sure to have the contract reviewed by a specialist—an agent or an attorney. It’s always cheaper to find (and fix) a problem before you sign on the dotted line.

Susan Spann is a transactional attorney whose practice focuses on publishing law and business. She also writes the Shinobi Mysteries, featuring ninja detective Hiro Hattori and his Portuguese Jesuit sidekick, Father Mateo. Her debut novel, Claws of the Cat (Minotaur Books, 2013), was a Library Journal Mystery Debut of the Month and a finalist for the Silver Falchion Award for Best First Novel. Her third novel, FLASK OF THE DRUNKEN MASTER, released on July 14th. When not writing or practicing law, she raises seahorses and rare corals in her marine aquarium.