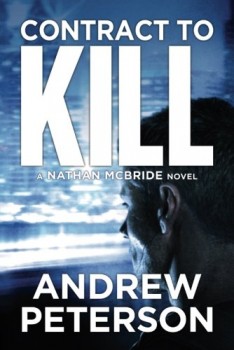 When Toby Haynes witnesses a double murder—and suspects his boss, Tanner Mason, as the perpetrator of the crime—he does the only thing he can think of: he calls in Nathan McBride.

CIA special ops veteran McBride and his partner, Harvey Fontana, respond to their friend’s plea. As they launch a covert investigation into Mason, the security chief for one of the nation’s leading private military contractors, they discover that not everything is as it appears. Mason and his inner circle are leading a top-secret operation to tackle a wave of crime plaguing the US-Mexican border, and the murder may have been part of their complicated strategy—or part of a more menacing agenda. Soon McBride and Fontana find themselves engaged in a deadly game. With a powerful politician behind it all, stopping Mason could mean joining a secret war—with truly global stakes.

“Part Jack Reacher, part Jason Bourne, Nathan McBride is a compelling, conflicted hero. Option to Kill is a masterful thrill ride. Definitely one for your keeper shelf. I couldn’t put it down.”

“An absolutely bone-chilling thriller. Equal parts Stephen Hunter and Thomas Harris. Imagine Bob Lee Swagger going after Hannibal Lecter and you will have only scratched the surface of this intensely exciting novel. Forced To Kill will haunt you long after you read its last brilliantly plotted page.” 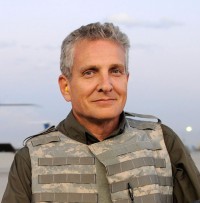 Andrew’s debut novel First to Kill, reached #9 in the US Kindle store and #1 in the UK Kindle store. On a USO tour in 2011, Andrew had the honor of visiting our service members in Afghanistan. To date, he has donated more than two thousand books to wounded warriors and troops serving overseas. He and his wife, Carla, live in Monterey County, California.