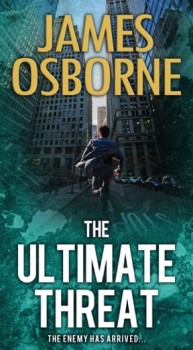 Debut novelist James Osborne has thrown a new twist into those tales of domestic terrorism with his version of guerilla warfare waged by religious extremists in America.

The main protagonist in THE ULTIMATE THREAT is repeatedly challenged by skeptical allies as he charges forward to build an unlikely but plausible alliance to battle the spreading menace posed by freshly trained homegrown extremists. Osborne says there’s a purpose in all of this—a five-alarm purpose.

The novel is a true-to-life account about the rapid spread of religious extremism but with a chilling twist, Osborne explained: “I’ve superimposed this fictional story of terrorism onto genuine surroundings in American cities. The objective is to bring home to everyone in the West the very real danger created by the rapid spread of heinous brutality by these unprincipled savages.

“Make no mistake, we’ve grown dangerously complacent in the West. Unless we demand that our security and law-enforcement agencies be more proactive, we could easily find ourselves subjected to the same unspeakable sadism, and facing tragedies on a much larger scale than we’ve already seen in New York, Paris, London, Boston, and Ottawa. The list can only grow longer. This novel is a wake-up call.”

THE ULTIMATE THREAT is the culmination of more than five years of research and writing. Osborne says that his novel is, unapologetically, “a disturbing look at the heinous crimes of religious extremists, but it is also a deeply compassionate account of the suffering millions of people are enduring daily simply by having been in the wrong place when these savages invaded their homelands.”

He noted that in addition to the years of research, his varied career background also contributed to the novel. Osborne began his writing career as an investigative journalist and journalism teacher, and went on to serve as an army officer and become a senior executive for a Fortune 500 company. He left the corporate world to found a national consulting firm and to return to writing.

Osborne fondly recalls the first book he browsed during a long, cold winter on his family’s wilderness farm. “I was perhaps eight or nine, and reading material was limited by our family’s frugal budget. I spent that winter browsing page-by-page through a big all-in-one copy of the Columbia Encyclopedia. The alternatives available were my mother’s few romance novels, repugnant to a boy my age, or a book on health that contained explicit illustrations my parents deemed to be far too revealing for my pre-pubescent eyes.” 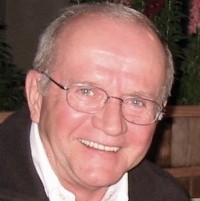 James Osborne is also the author of an upcoming suspense-mystery novel, The Maidstone Conspiracy from Solstice Publishing. He has written more than 100 short stories; some have won international awards and been published in numerous anthologies in print and online. A selection can be found on his blog.

In the course of his working career, Osborne has helped to found two post-secondary journalism programs and has given guest lectures on journalism, writing, and strategic planning at conferences and universities. He has also served on the senate of a university and on the curriculum advisory boards of three post-secondary schools.