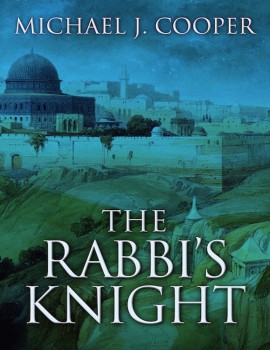 The year is 1290–twilight of the Crusades. War-weary Knight Templar, Jonathan St. Clair, is garrisoned in the port city of Acre and more interested in learning Kabbalah than fighting Moslems. He possesses an ancient scroll with a cryptic inscription, the key to unlocking the secrets of Jerusalem’s Temple Mount.

But none of the Jewish scholars in Acre can decipher the inscription. And time is running out. Acre will soon come under siege, and the one man able to decipher the scroll’s meaning, Rabbi Samuel of Baghdad, has been targeted for assassination.

Deep in enemy territory, St. Clair apprentices himself to Rabbi Samuel as they travel to Jerusalem, risking everything to fulfill their shared and sacred destiny as guardians of the Temple Mount.

“The Rabbi’s Knight is a well-written historical adventure story set in the twilight of the Crusades with unexpected twists and turns that keep you hooked…an exciting and historically fascinating read.” ~Andrew Kaplan is the bestselling author of two great thriller series: the Scorpion series and the Homeland novels including Carrie’s Run, the official prequel novel to Showtime’s award-winning hit series, Homeland.

“I found The Rabbi’s Knight fascinating as a historical novel, thrilling in the twists and turns of the story, and delightful in the manner in which important aspects and concepts of Kabbalah are presented to a general readership.” ~Ronit Meroz, Ph.D., Department of Hebrew Culture Studies—Division of Kabbalah and Hasidism, Tel Aviv University 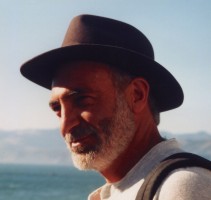 A native of Berkeley, California, Michael Cooper graduated from high school in 1966 and emigrated to Israel. He lived in Jerusalem during the last year the city was divided between Israel and Jordan, and remained in Israel for the next decade. He studied at Hebrew University in Jerusalem and graduated from Tel Aviv University Medical School.

Now a pediatric cardiologist at UCSF Benioff Children’s Hospital, he volunteers for medical missions in Israel and the West Bank at least twice a year serving children who lack adequate access to care. His first novel, Foxes in the Vineyard won the grand prize in the 2011 Indie Publishing Contest. The Rabbi’s Knight is currently a finalist in the Chanticleer writing context for the Chaucer award for historical fiction, 2014.