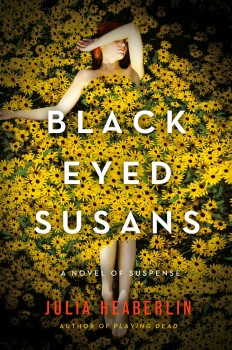 For fans of Laura Lippman and Gillian Flynn comes an electrifying novel of stunning psychological suspense.

I am the star of screaming headlines and campfire ghost stories.

I am one of the four Black-Eyed Susans.

As a sixteen-year-old, Tessa Cartwright was found in a Texas field, barely alive amid a scattering of bones, with only fragments of memory as to how she got there. Ever since, the press has pursued her as the lone surviving “Black-Eyed Susan,” the nickname given to the murder victims because of the yellow carpet of wildflowers that flourished above their shared grave. Tessa’s testimony about those tragic hours put a man on death row.

Now, almost two decades later, Tessa is an artist and single mother. In the desolate cold of February, she is shocked to discover a freshly planted patch of black-eyed susans—a summertime bloom—just outside her bedroom window. Terrified at the implications—that she sent the wrong man to prison and the real killer remains at large—Tessa turns to the lawyers working to exonerate the man awaiting execution. But the flowers alone are not proof enough, and the forensic investigation of the still-unidentified bones is progressing too slowly. An innocent life hangs in the balance. The legal team appeals to Tessa to undergo hypnosis to retrieve lost memories—and to share the drawings she produced as part of an experimental therapy shortly after her rescue.

What they don’t know is that Tessa and the scared, fragile girl she was have built a  fortress of secrets. As the clock ticks toward the execution, Tessa fears for her sanity, but even more for the safety of her teenaged daughter. Is a serial killer still roaming free, taunting Tessa with a trail of clues? She has no choice but to confront old ghosts and lingering nightmares to finally discover what really happened that night.

Shocking, intense, and utterly original, Black-Eyed Susans is a dazzling psychological thriller, seamlessly weaving past and present in a searing tale of a young woman whose harrowing memories remain in a field of flowers—as a killer makes a chilling return to his garden.

“The spectacularly dark and twisty story of what happened to one young Texas girl, and the ghosts who refuse to let her rest. I didn’t want it to end—but I couldn’t put it down.” ~Carla Buckley, author of The Deepest Secret

“A twisted tale of how evil makes its mark, Black-Eyed Susans winds a net around the reader, shifting time, perspective, and events until the only sure thing is the pulsing question at the heart of this novel: What happens when a ruthless predator leaves one of his victims alive?” ~Jenny Milchman, author of Cover of Snow

“An absorbing character study and a good choice for readers who want to really sink into a psychological thriller.” ~Booklist

“A truly compelling tale of the fragility of memory and elusive redemption.” ~Kirkus Reviews

“Gripping . . . The suspense builds as Tessie uncovers devastating secrets from the past en route to the shocking ending.” ~Publishers Weekly 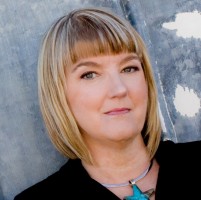 Julia Heaberlin is the author of Lie Still and Playing Dead. She is an award-winning journalist who has worked at the Fort-Worth Star Telegram, The Detroit News, and The Dallas Morning News. She grew up in Texas and lives with her family near Dallas/Fort Worth.