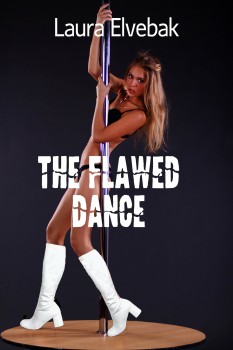 THE FLAWED DANCE is a story that has been simmering on my memory burner for 50 years. I finally decided that Erin Matthews, my protagonist, has been waiting too long. She literally demanded I tell her story. I’ve hesitated this long because, in essence, her story parallels mine.

Erin’s story begins in 1968 upon her arrival in Philadelphia, after convincing a co-worker at the restaurant where she worked as a waitress to drive her from New Jersey. She has run away from her long-time lover after hitting him over the head with an iron skillet, rendering him unconscious, if not dead. After being submissive and quiet most of the five years she spent with him, nursing him back to health after he experienced a fall that fractured both feet, and being his constant companion and lover, she is unable to cope with what she has done. Never mind that she was only 22 and Johnny was 52 and running from a hit man sent by the Mob—she never dreamed she would be capable of attempted murder. Guilt becomes her motivator as she seeks redemption.

Erin moves in, sight unseen, with the brother of her driver, an elderly African-American, who once had his own issues with the Mob. As the only white girl in the neighborhood in an era of racial unrest, Erin is determined to make a new life for herself. At the same time she must watch her back in case her past catches up with her.

The steps she has to climb to reach her destination are fraught with hidden dangers, exacerbated by her own naivety and being quick to trust the wrong people. After several missteps and bad decisions, she lands a few jobs, first as a waitress, then a medical transcriber at a hospital, and finally as a go-go dancer. The last pays more than the others but also brings her into the arms of the Mob. Intrigue, betrayal, and murder follow Erin and she must do some fancy footwork to avoid getting killed herself.

Earlier I mentioned Erin’s story parallels mine. I didn’t want to write a memoir and the alternative was to fictionalize my story, and so the fun began. Like Erin, I met “Johnny” when I was barely 20 and he was 50. I was feeling low after a failed short marriage, when I met him in a Santa Monica bar. Both his feet were in a cast. He bought me a drink and a few days later I moved to the Santa Monica hotel to live with him and be his nursemaid. He took off both casts and I massaged his feet until he was able to walk again.

We took a hasty trip to Baja, California, and spent six months there while Johnny helped the healing process by soaking his feet in mineral springs. When we returned to Los Angeles, he put us on a plane to New York and changed our names. I belatedly found out he was being hunted by a hit man, his ex-brother-in-law. He was the most exciting adventure of my life, but he was also conflicted, paranoid, and possessive. After New York we lived in several Florida cities under new names before settling in New Jersey. That’s where I left him and ran to Philadelphia with the help of an African-American co-worker.

Many of Erin’s adventures in the beginning of THE FLAWED DANCE were similar to mine. The major difference between Erin’s story and mine was in respect to Johnny’s and my six-month-old baby. I took her with me and she stayed in childcare while I worked to support us both. I didn’t have any clashes with the Mob that Erin experienced, but I did have a young stalker who was determined to help me out by giving me money he stole from his grandmother.

The middle to the end of Erin’s story is fiction. I did, however, waitress, work at Martin Luther Hospital as a medical transcriber, and I performed as a go-go dancer, working in bars just like Erin did for several years until I married again and gave birth to my son. That marriage didn’t last either, and I moved back to California where I had family. I’ve always been a writer and writing during those years helped me stay sane. I knew someday I had to write Erin’s story, but it took many years of distance and craft building to tell her story and mine, and the story became THE FLAWED DANCE. 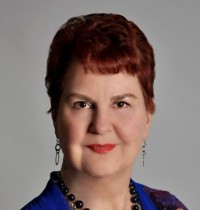 Laura Elvebak studied writing at UCLA, USC, Rice, and Beyond Baroque. She has penned several magazine articles, co-wrote, directed and acted in a one-act play, optioned three screenplays, and co-wrote a script for the 48 Hour Film Project. She is the author of the Niki Alexander mysteries, Less Dead and Lost Witness. A standalone, The Flawed Dance, is due from Black Opal Books on July 18, followed by the third Niki Alexander mystery, A Matter of Revenge. She is the treasurer and newsletter editor of the Southwest Chapter of MWA, a member of Sisters-In-Crime, The International Thriller Writers, and The Final Twist Writers.