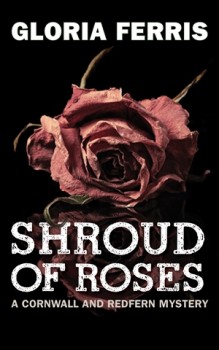 The Class of 2000 held one final party in the old gym before the high school was abandoned and boarded up. At midnight, the school emptied for the last time. Or so everyone believed.

Fifteen years later, the building is scheduled for demolition. When a salvage team discovers a skeleton curled up in a locker, a hole in the left temple, Lockport’s chief of police, Neil Redfern, is called in to investigate.

When Redfern learns that his girlfriend, Bliss Moonbeam Cornwall, also graduated that fateful year, he reveals details of the grisly discovery. She insists she knows who his victim is, but before any headway can be made in the case, another grad is killed. Could the two murders be connected?

Despite being warned against meddling in police affairs, Bliss enlists the help of two former classmates to find the killer. But digging into the past proves to be a dangerous pastime. Her unconventional methods jeopardize the investigation, her relationship with Redfern, and her own life. 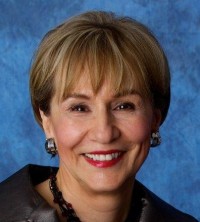 A former technical writer, Gloria Ferris is the award-winning author of humorous mysteries Cheat the Hangman and Corpse Flower. Targeted is her first co-written suspense venture with author Donna Warner. When not writing, Gloria works on character profiles, researches plotlines, reads continuously, and is often heard to mutter, “I wish I’d written that!”. She is a member of the Crime Writers of Canada, the Crime Writers’ Association (UK), and the International Thriller Writers. She lives in southwestern Ontario.