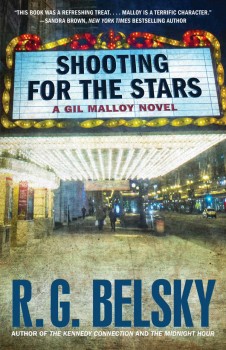 Everyone puts down celebrity news, everyone makes fun of the people in celebrity news—and everyone loves to read celebrity news. That’s one thing I’ve learned during a long journalistic career covering celebrities from Liz, Oprah, and Michael Jackson to Kim, Miley, and Brangelina.

So when it came time to write my new thriller, I decided to make it about the mysterious death of a big name celebrity. The result is SHOOTING FOR THE STARS, in which New York Daily News reporter Gil Malloy tries to solve the murders of a legendary movie star from 30 years ago, and a present-day TV star which seems to be related.

I draw on two real-life celebrity murder cases for my fictional one—the shooting of John Lennon and the stabbing of actress Sharon Tate by the Charles Manson family. The glamorous movie star in my book—Laura Marlowe—is gunned down by what is believed to be a deranged fan on a Manhattan street. Which is, of course, what happened to Lennon on that tragic night of December 8, 1980. The trail for Laura Marlowe’s killer leads reporter Malloy back to the murderous Manson family that executed actress Sharon Tate—the pregnant wife of Hollywood movie director Roman Polanski—at her L.A. mansion in a senseless bloodbath in the summer of 1969.

But there are many other examples of celebrity crime that inspired me to write a thriller about celebrity murder—and some of them are even wilder than I or any other fiction author could ever dream up.

Think about the O.J. Simpson case. A beloved superstar athlete and entertainment figure (yes, O.J. really was beloved once by the American public) is accused of murdering his blonde, beautiful ex-wife. This is followed by the Bronco chase that mesmerized the nation, the Trial of the Century which became must-watch TV for months, and an unforgettable cast of characters. Now that would have made a helluva thriller plot—except it was true!

And then there’s the murder/suicide of TV comic Phil Hartman by his wife; the shooting death of actor Robert Blake’s wife and that subsequent trial; the love-obsessed stalker who gunned down sitcom star Rebecca Schaeffer (“My Sister Sam”) on her doorstep because he couldn’t have her for himself; and even the questions that still surround the death of Princess Diana in the Paris car crash which shocked the world.

Plus, there’s also the controversial death of Marilyn Monroe (who I draw on a bit for my own character of Hollywood starlet Laura Marlowe) and her mysterious demise from an overdose of pills, which has been blamed by some skeptics on everyone from the mob to the Kennedys.

When I worked at Star magazine, we sold three and a half million copies a week covering news like this. The Enquirer sold five million copies. And now TMZ, and a lot of other places, are doing that in a different—but just as successful—way.

Yes, whether they will admit it or not, there’s nothing most people like more than reading about the lives of their favorite celebrities.

Unless it’s reading about their deaths… 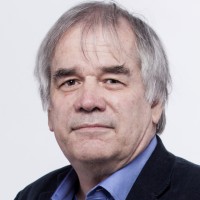 R. G. Belsky is an author of crime fiction and a journalist in New York City. His suspense thriller, THE KENNEDY CONNECTION, was published by Atria in August 2014. It is the first in a series of books from Atria featuring Gil Malloy, a New York Daily News reporter. Belsky himself is a former managing editor of the Daily News; metropolitan editor of the New York Post; news editor at Star magazine and – most recently – managing editor at NBCNews.com.