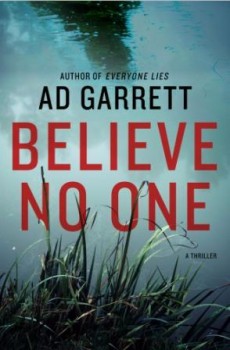 The gripping sequel to A. D. Garrett’s highly praised forensic thriller, Everyone Lies.

Detective Chief Inspector Kate Simms is on assignment in the United States with St Louis PD, reviewing cold cases, sharing expertise. Forensic expert Professor Nick Fennimore follows her, keen to pick up where they left off after their last case – but the last thing Simms needs is Fennimore complicating her life. A call for help from a sheriff’s deputy takes Fennimore to Oklahoma: a mother is dead, her child gone – and they’re not the only ones. How many more young mothers have been killed, how many more murders unsolved, children unaccounted for?

As Fennimore’s abduction-murder leads back to Simms’s cold case, the investigations merge. Meanwhile, nine-year-old Red, adventuring in Oklahoma’s backwoods, has no clue that he and his mom are in the killer’s sights. But soon the race is on to catch a serial killer and save the boy.

“Garrett evoke(s) not only the suspense of serial killings, but an emotional triangle and a tantalizingly unresolved crime that keep the pages flying.” ~Kirkus Reviews

“Brutal, suspenseful, gory and brilliantly thought out, Professor Nick Fennimore and Kate Simms back and just as good whether you read the first book or not.” ~The Bookbag (Five stars)

“[A] true tour de force from page one… British crime writing has been screaming for a complex and utterly compelling thriller – Believe No One is that thriller.” ~CrimeSquad (Five stars) 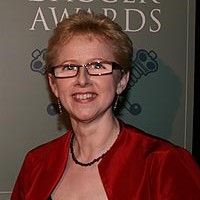 A.D. Garrett is the pseudonym for the writing collaboration between author, Margaret Murphy, and forensic advisor, Professor Dave Barclay. Under her own name, Margaret’s novels have received starred reviews from Publishers’ Weekly and Booklist in the USA. She has been shortlisted for the First Blood critics’ award for crime fiction, and the Crime Writers’ Association (CWA) Dagger in the Library, and she is a CWA Short Story Dagger winner. She is an RLF Writing Fellow, is founder of Murder Squad, a touring group of crime writers, and past Chair of the CWA.