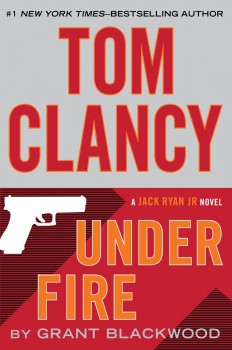 On a routine intelligence gathering mission in Tehran, Jack Ryan, Jr., has lunch with his oldest friend, Seth Gregory, an engineer overseeing a transcontinental railway project. As they part, Seth slips Jack a key, along with a perplexing message.

The next day Jack is summoned to an apartment where two men claim Seth has disappeared—gone to ground with funds for a vital intelligence operation.  Jack’s oldest friend has turned, they insist.
They leave Jack with a warning:  If you hear from Seth Gregory, call us immediately. And do not get involved.

But they don’t know Jack. He won’t abandon a friend in need.

His pursuit of the truth will lead him across Iran, through the war-torn Caucasus, and finally deep into territory coveted by the increasingly aggressive Russian Federation. Along the way, Jack is joined by Seth’s primary agent, Ysabel, a enigmatic Iranian woman who seems to be his only clue to Seth’s whereabouts.

Jack soon finds himself lost in a maze of intrigue, lies, and betrayal where no one is who they seem to be—not even Seth, who’s harboring a secret of his own that harkens back to the Cold War. A secret that is driving him to the brink of treachery.

Racing against the clock, Jack must unravel the mystery: Who is friend and who is foe? Before it’s over, Jack Ryan, Jr., may have to choose between his loyalty to Seth and his loyalty to America. 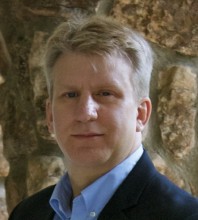 A U. S. Navy veteran, Grant spent three years aboard a guided missile frigate as an Operations Specialist and a Pilot Rescue Swimmer. Grant lives in Arizona, where he is working his own standalone series starring a new hero.