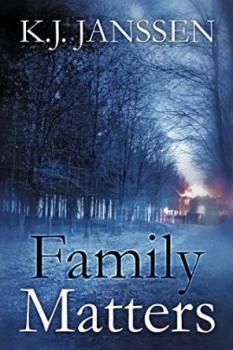 FAMILY MATTERS is like early episodes of the TV drama Dallas. The plot is fueled by rivalry, jealously, greed, and, ultimately, murder. The setting is a stuffy New England town with an economic cast system. It is replete with good guys and bad guys.

In the novel, the first Adam Kingston builds a clothing manufacturing company from scratch. In his sixties, sick and depressed, he commits suicide and his son takes over the business. Adam II continues to build Kingston Industries until his reckless life style results in dementia. The courts turn control of the estate and business over to his son while his son Adam Kingston III ruthlessly operates the business.

The destinies of five townspeople in the quiet community of Old Pebscott, Connecticut, are transformed as they deal with the Kingstons. The interplay between Adam Kingston III and the townspeople provides a fast-moving drama as each of the main characters vies for position.

The reader is exposed to a myriad of emotions moving in and out of the character’s lives. Each has a good reason to hate the Kingstons, but only one of them hires an assassin to kill Adam III and his father and burn Kingston Manor to the ground. The novel ends with a fast-paced sequence of events that leaves the town of Old Pebscott reeling.

FAMILY MATTERS is published by Light Switch Press and is available at online outlets and select bookstores. 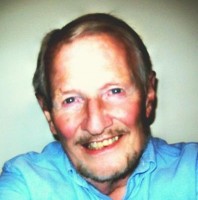 Ken Janssen is a multi-genre novelist living in Ohio, with his wife and miniature Schnauzer. Blood Money, Ken’s debut novel centers on Mark Matthews, a private investigator turned FBI agent. In the novel Mark topples an association funneling money to terrorists. It was published November, 2011. Fatal Dose, the second Mark Matthews Mystery exposes a drug mafia distributing counterfeit prescription drugs and revisits some of the villains from Blood Money. It was published March, 2013. Family Matters is a multi-genre work about three generations of the Kingston family. The protagonist, Adam Kingston, provokes each of the main characters with a series of ruthless actions until one is driven to hire an assassin to kill both Adam and his father and burn Kingston Manor to the ground. It was published March, 2015. Ken is a member of ITW.