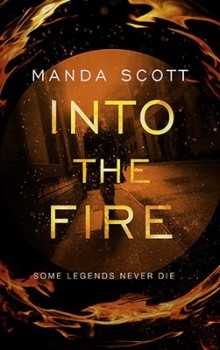 2014: Police Capitaine Inés Picaut is called out to investigate a blaze in the old town of Orléans, the fourth in six weeks: and the first with a body in the fire. An Islamic extremist faction claims responsibility, but PIcaut cannot find any evidence of its existence. A partly melted memory card found in the victim’s throat is the only clue to his identity.

September 1429: Joan of Arc is in the process of turning the tide of The Hundred Years’ War. English troops have Orléans under siege, and Tomas Rustbeard, the Duke of Bedford’s most accomplished agent, finally has her in his sights. But he knows that killing ‘The Maid’ – the apparently illiterate peasant girl who nonetheless has an unmatched sense of military strategy and can ride a warhorse in battle – is not enough, he must destroy the legend that has already grown around her – and to do that, he must get close enough to discover who she really is.

As each thread of Manda Scott’s immaculately interwoven narrative unfolds, Inés and Tomas’s quests become linked across the centuries. And in their pursuit of the truth, they find that love is as enduring as myth – but can lead to the greatest and most heart-breaking of sacrifices.

“Original, scary, rooted in the past but as current as tomorrow’s nightmare. An enthralling read.” ~Lee Child.

“Forget what you thought you knew: this changes everything” ~Giles Kristian

“Scott’s writing is powerful and subtle, her characters…have depth, the plot is impeccable and original and the shiver count is high.” ~The Times 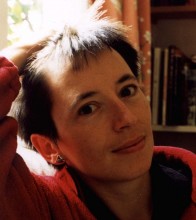 Edgar-Nominated, Orange-shortlisted author Manda Scott writes contemporary, historical – and increasingly – dual-time line thrillers notable for their depth of character and the intricacy and power of the plots. Her first novel, Hen’s Teeth was shortlisted for the Orange Prize and her fourth, No Good Deed, nominated for the Edgar in “Best Thriller’ category. She is founder and Chair of the Historical Writers’ Association, the Historical Publishing Group and the HWA Debut Crown.

To learn more about Manda, please visit her website.