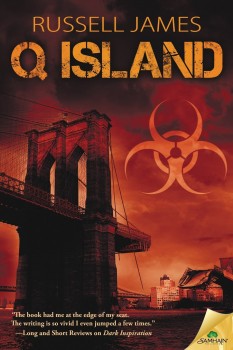 It takes a lot to scare a horror writer. I mean, I dissect fear for a living. The most violent horror movies don’t elicit a flinch. I can face a clown without wetting myself. But one thing really scared the hell out of me. New Orleans after Hurricane Katrina.

The Category 4 storm blew ashore, flooded swaths of the city, cut off power, cut off help. Those who hadn’t evacuated were isolated from the world. In the face of this ultimate stress test of society, how did it do?

It collapsed within hours. Looting was almost instantaneous. There were widespread reports of people just abandoning critical jobs as they prioritized saving themselves or their families. 23,000 people turned the Superdome into something out of Dante’s rings of Hell. I’ve read people criticizing the realism of some post-apocalyptic fiction, saying that society wouldn’t breakdown so quickly or so completely. Were they living under a rock in 2005?

Those events got me thinking about what would happen if the Katrina event were scaled up. What if it were millions of people? I grew up on Long Island, New York, where a few bridges, a tunnel, and a couple of ferries are all that keep the place from being sealed off from the world. It seemed like the perfect location to let my imagination create disaster. And so the idea for the novel Q ISLAND was conceived.

This July, I get to share the story. A 30,000 year old virus is unearthed in the Siberian tundra. In a human, it brings on a psychopathic rage, accompanied by flaming red eyes and prominent blackened veins. The infections runs rampant on Long Island, and a quarantine is imposed. The novel follows Melanie Bailey and her autistic son, Aiden. He becomes infected, but survives, and is even improved. If she can get him out of the zone, he might be the key to a cure.

But another has been infected and survived. Jimmy Wade was a small time crook before the Paleovirus enhanced him with telepathic powers. Now he runs a gang of outlaws living off the scattered and terrorized population.

He’s also developed a taste for human flesh. Once he senses this boy who shares his immunity, he knows that devouring Aiden will allow him to evolve to something beyond all mankind.

Melanie and Aiden have to fight their way through the infected, stay ahead of Wade, and somehow break through the cordon of government forces who believe it is death for all if anyone ever escapes from Q Island. Pick up a copy and see if Long Island does any better than New Orleans when the worst comes to pass. 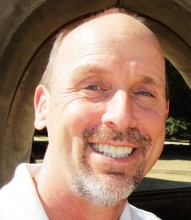 Russell James grew up on Long Island, New York and spent too much time watching Chiller, Kolchak: The Night Stalker, and The Twilight Zone, despite his parents’ warnings. Bookshelves full of Stephen King and Edgar Allan Poe didn’t make things better. He graduated from Cornell University and the University of Central Florida.

After a tour flying helicopters with the U.S. Army, he now spins twisted tales best read in daylight. Q Island is his sixth novel with Samhain Horror. He has two horror short story collections, Tales from Beyond and Deeper into Darkness.

His wife reads what he writes, rolls her eyes, and says “There is something seriously wrong with you.”