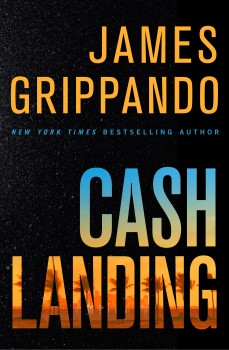 “It reads like a movie script. . . . Only this was no blockbuster action film. It was a real-life crime drama straight from the streets of Miami.” Those aren’t James Grippando’s words. They come straight from the FBI’s official website, the bureau’s own description of one of the biggest airport heists in history—$7.8 million in cash stolen by a band of amateur thieves. That real life caper is the inspiration for James Grippando’s twenty-fourth thriller, CASH LANDING, released from HarperCollins.

Who were the real-life crooks?

The mastermind, Karls Monzon, teamed up with his uncle, an ex-con; his cocaine-addicted brother in law; and an insider who worked for Brinks Security, Onelio Diaz. Diaz was Monzon’s neighbor and friend since childhood, and he drove one of the armored trucks that regularly shuttled millions of dollars in cash from Miami International Airport to the Federal Reserve Branch just four miles from the airport.

How much cash are we talking about?

Every week a 747 leaves Frankfurt and lands at MIA with anywhere from $80 million to $100 million in U.S. dollars in the cargo belly. German banks don’t need all those fifty- and hundred-dollar bills, and much of Miami’s economy runs on cash.

How did this rag-tag group pull off the heist?

The cash is shipped in 38-pound bags, each holding almost $2 million in bricks of bills. The bags have to be opened to clear customs in a warehouse at MIA. Diaz, the security guard, told Monzon about the security failings inside the warehouse: the bills lay exposed; the security cameras didn’t work; the guards removed their guns before entering the building; and most alluring of all, the warehouse’s enormous bay doors led directly onto the street, which meant that any getaway vehicle could bypass the perimeter fence and the airport gatehouse. For an even cut of the haul, Diaz signaled to Monzon when it was time to strike. The gang drove up to the loading dock in a pickup, covered their faces with bandanas, brandished a handgun, and hurried to grab as many bags of cash as they could carry. They dropped one of the forty-pound bags on their way out, but they still managed to speed away with Monzon’s cokehead brother-in-law at the wheel and $7.8 million in the bed of the pickup.

How did they get caught?

Where are they now?

Federal prison. Monzon, Diaz and the rest of his gang got long prison sentences. The kidnappers got even longer ones—35 years.

Was the money recovered?

Only about a million dollars was recovered. The rest? Only the gang knows.

How did you find out about it?

The federal judge who presided at the trial is a friend. He’s been on the bench for years, and he told me that this was the wildest case he’d ever seen—and, mind you, he sits in Miami, where “bizarre” is an everyday occurrence. He said, “James, you’ve got to write a book about this.”

How did you turn this true-crime story into a work of fiction?

About half the novels I’ve written to date feature Miami criminal defense lawyer Jack Swyteck, who I introduced in my debut legal thriller, The Pardon. Jack has evolved over the years, and in the last Swyteck novel, he marries FBI Agent Andie Henning, a character who has appeared in nine of the Swyteck novels. As many of my readers have pointed out, however, it has never really been clear in the series how Jack and Andie met. So I decided to write CASH LANDING as a “Jack and Andie” prequel. CASH LANDING is not a Swyteck novel. But in many ways, it is the fast-paced and compelling story that I’ve been waiting for. It allows me to flesh out Andie’s life before Jack, and CASH LANDING finally does answer that burning question: when was that first spark between this unlikely pairing of a criminal defense lawyer and undercover FBI agent? 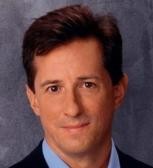 James Grippando is the New York Times bestselling author of suspense. CASH LANDING. He was a trial lawyer for twelve years before the publication of his first novel in 1994, The Pardon, and he now serves as counsel to Boies Schiller & Flexner LLP. He lives in South Florida with his wife, children and a Golden Retriever named Max, who has no idea he’s a dog.