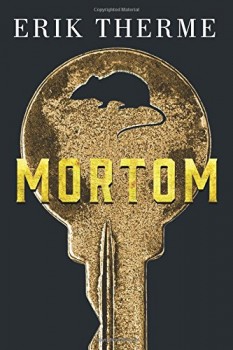 Andy Crowl barely knew his recently deceased cousin, Craig Moore, so he’s especially surprised to be named as the sole beneficiary in Craig’s will. Not that there’s much to inherit: just an empty bank account and a run-down house.

Once Andy arrives in the town of Mortom, however, he’s drawn into his puzzle-obsessed cousin’s true legacy: a twisted and ominous treasure hunt. Beckoned by macabre clues of dead rats and cemetery keys, Andy jumps into the game, hoping to discover untold wealth. But unsavory secrets—and unanswered questions about Craig’s untimely demise—arise at every turn, leading Andy to wonder if he’s playing the game . . . or if the game is playing him.

“If you like these kinds of twisty, mind puzzles, you will definitely enjoy this one.” ~What Has Been Read

“Great twists and surprises that keep you going.” ~Lovely Reads

“Mortom is a suspenseful read, and the ending is unexpected and satisfying.” ~Book Obsessed

“I read the first couple of chapters, put it down for a couple of days and then read the rest in one sitting because I just couldn’t put it down.” ~Anne’s Book Club 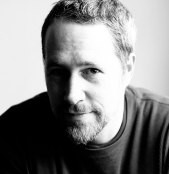 Erik Therme has thrashed in garage bands, inadvertently harbored runaways, and met Darth Vader. When he’s not at his computer, he can be found cheering for his oldest daughter’s volleyball team or chilling on the PlayStation3 with his eleven-year-old. He currently resides in Iowa City, Iowa—one of only seven places in the world that UNESCO has certified as a City of Literature.