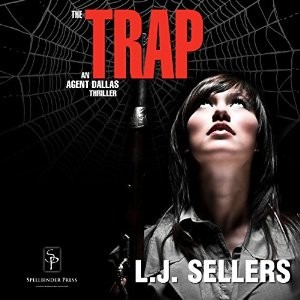 While skydiving with an adventure group, FBI Agent Jamie Dallas overhears plans to carry out criminal acts against a politician. Believing the group may have already committed murder, the bureau sends Dallas to infiltrate the activists. But to worm her way inside the tight-knit clan, Dallas makes dangerous compromises and starts to sympathize with their cause. She ends up so deep undercover she can’t make contact with the bureau.

Across town, a Washington DC detective investigates a death that looks like a simple “hooker homicide.” But as Detective Larson peels away the layers, she uncovers something far more sinister, something deeply connected to a high-profile judge’s death.

Meanwhile, working against her own conscience, Agent Dallas struggles to gather evidence and push the activist group toward the major takedown the FBI has orchestrated. But inside the group’s safe house, another imposter lurks, and when the real motive surfaces, Dallas is caught in a cunning trap that will make her both a victim and a killer.

Can the law enforcement players come together in time to help Dallas, or is she on her own—to live or die—depending only on her wits and timing?

THE TRAP is available from Amazon and Audible.

” I found myself biting my nails in worry as the odds against her survival piled up. Can’t wait to find out how Jamie Dallas fares in her next adventure!”—Jodie Renner, editor

“An Awesome read, as usual, with twists & turns everywhere! As usual, I couldn’t put it down.” —English Reader (Amazon.com)

L.J. Sellers writes the bestselling Detective Jackson mystery/thriller series—a two-time Readers Favorite Award winner—as well as the Agent Dallas series and provocative standalone thrillers. Her 16 novels have been highly praised by reviewers, and she’s one of the highest-rated crime fiction authors on Amazon.

L.J. resides in Eugene, Oregon where many of her novels are set and is an award-winning journalist who earned the Grand Neal. She’s also the founder of Housing Help, a charity dedicated to keeping families from becoming homeless. When not plotting murders or working with her foundation, she enjoys standup comedy, cycling, social networking, and attending mystery conferences. She’s also been known to jump out of airplanes.