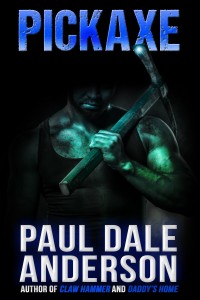 Jon Bradley, who calls himself “Sewer Rat,” lives in the sewers. No one in the sewer tunnels uses their real name. Fourteen other people live in the sewers. Most are mentally ill. Some are dangerous and protect themselves with pickaxes left behind by careless sanitation workers. But Rat has a pickaxe of his own…

When Rat returned home from the Army, he heard voices: the voices of men he had killed and the voices of friends he saw killed in combat. Rat lives in Riverdale’s sewers because the only place he doesn’t hear the voices of the dead is underground. After five years in the sewers, Rat has adapted to the culture and his eyes have adapted to the dark. He now sees better in the dark than during the day…

Lieutenant Troy Nolan, head of the Homicide Division of the Riverdale Police Department, and Sergeant Bill Bowers, primary crime scene investigator, investigate a series of mutilation murders. According to forensic pathologist Sally Brightson, all three victims died from trauma inflicted with a pickaxe, their faces ripped to pieces…

Is a serial killer lose in the city? One who will keep killing until Nolan stops him?

PICKAXE is available from Amazon and Barnes & Noble.

Paul has taught creative writing at the University of Illinois at Chicago and for Writers Digest School. He has appeared on panels at Chicon4 and Chicon7, X-Con, Windy Con, Madcon, Minncon, the World Horror Convention, and the World Fantasy Convention. Paul was a guest of honor at Horror Fest in Estes Park, Colorado, in 1989. He is currently the chair of the 2014 HWA Bram Stoker Awards Long Fiction Jury.

The Trap (An Agent Dallas Thriller) by L.J. Sellers

Circling the Runway by J.L. Abramo