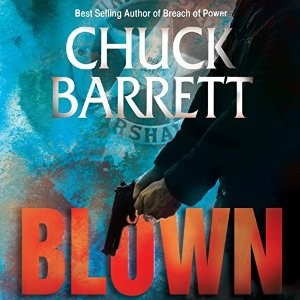 Gregg Kaplan is not an ordinary man, but a man with special skills, courtesy of the United States Government.

His assignment is to stay off the grid when he innocently stumbles into a blown witness protection detail in Little Rock, Arkansas. He simply could not walk away from the impending mayhem.

After the dust settles, a mortally wounded Deputy U.S. Marshal makes him promise to personally deliver the witness to a U.S. Marshals Service safe site.

Not just a promise, an oath. A pledge between ex-Army Delta Force comrades.
A trust that could not be broken—Once in, never out.

Kaplan soon suspects the witness he vowed to protect has secrets of his own; secrets that go beyond his testimony for the U.S. government. When he discovers the witness is being tracked, Kaplan teams with a WitSec Deputy U.S. Marshal assigned to recover the witness, but soon realizes some merciless people are dead set on preventing the witness from reaching the safe site.

But the witness has a hidden agenda of his own—One that could cost Kaplan his life.

BLOWN is available from Amazon and Audible.

Chuck Barrett is an Amazon bestselling author of the Award-Winning Jake Pendleton series—Breach of Power, The Toymaker, and The Savannah Project. In addition to thrillers, Barrett conducts seminars on the art of self publishing based on his book—Publishing Unchained: An Off-Beat Guide To Independent Publishing.

Barrett is a Florida native, a graduate of Auburn University, and a retired air traffic controller. He enjoys hiking in the Rockies with his wife, Debi. They currently reside in Northeast Florida.