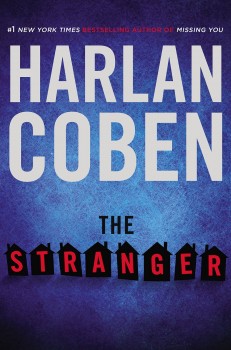 Known for capturing readers from the very first line and then surprising them with every carefully plotted twist and turn, what makes #1 New York Times bestselling author Harlan Coben’s books downright frightening is the underlying message reminding us just how frail the line is between order and chaos in our lives. With his latest, that message is as strong as ever. Coben once again reminds us there is a reason we call it the “American Dream” and the scary part is the possibility that we are all on the verge of waking up. THE STRANGER (Dutton; March 24, 2015) centers on the many secrets people keep when they think they’re anonymous – especially online – and how easily those secrets can be revealed when that information falls into the wrong hands.

In THE STRANGER, readers meet the Prices, who appear to be the perfect family. Adam and Corrine have a great marriage, with two wonderful sons, and a nice house in the New Jersey suburbs. Their world gets turned upside down when Adam meets the Stranger. Adam doesn’t know who he is, what his motive is, but the secret he has just shared about Corrine is not only devastating, it’s true.

The evening after he confronts his wife, Corinne disappears – and without even as much as a note to her boys. Did she run off on her own or could the stranger have had something to do with it? As Adam searches for Corinne and tries to track down the stranger that has just destroyed his life, he realizes he is tangled in something far bigger and darker than even Corrine’s deception.

With his trademark style of wit and irony, THE STRANGER is darker than many of his previous thrillers with an ending that is sure to shock his fans. Once again he delves into our most intimate fears while telling a chilling story. 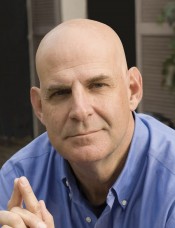 With over 60 million copies of his books in print worldwide, Harlan Coben is the internationally bestselling author of more than twenty previous novels, including the #1 New York Times bestsellers Missing You, Six Years, Stay Close, Live Wire, Caught, Long Lost, and Hold Tight as well as the Myron Bolitar series and, more recently, a series aimed at young adults, featuring Myron’s nephew, Mickey Bolitar. His current television projects include Une Chance De Trop, adapted from his novel No Second Chance, which will air on France’s TF1 network and the original scripted drama The Five, premiering on Sky Living in the UK later this year. The winner of the Edgar, Shamus, and Anthony Awards, he lives in New Jersey.