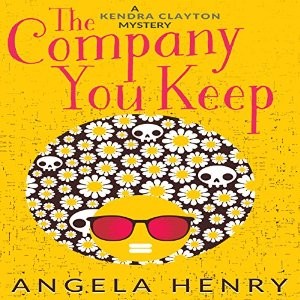 Twenty-eight-year-old Kendra Clayton never quite broke out of her hometown of Willow, Ohio. She works part-time as a GED instructor and beefs up her income by hostessing at her uncle’s restaurant, soaking up the local gossip. It’s a quiet life, but Kendra hasn’t given up hope that one day Mr. Right will walk through the door. In the meantime, her sleepy hollow is about to get a rude awakening, and Kendra is about to get some excitement – though it’s not quite what she had in mind. When her friend Bernie’s boyfriend, a notorious womanizer, is brutally murdered, both she and Kendra are implicated in the crime. The only way Kendra can save herself – and the friend she believes is innocent – is by doing some investigating of her own. And the closer she looks, the more suspects she finds. Between Jordan’s past and present conquests – and a chain of emptied wallets and vengeful hearts – which one could be a killer? As Kendra’s curiosity draws her deeper into the case, she also becomes attracted to a man who may hold the missing piece of the puzzle – if she can survive long enough to put it together.

THE COMPANY YOU KEEP is available from Amazon, Audible and iTunes.

“With so many plot twists, Henry’s mystery is anything but predictable. Colorful characters and a strong plot drives this novel, which is pleasantly accented by light humor.”
—Romantic Times

“A great read from the beginning to the end.”
—Kyra Davis, author of Sex, Murder and a Double Latte

Angela Henry was once told that her past life careers included spy, researcher, and investigator. She stuck with what she knew because today she’s a mystery writing library reference specialist, who loves to people watch and eavesdrop on conversations. She also writes middle grade novels under the name Angie Kelly. In 2001, she started the MystNoir Website, which features African-American mysteries and authors. When she’s not working, writing, or practicing her stealth, she loves to travel, is connoisseur of B horror movies, and an admitted anime addict. She lives in Ohio and is currently hard at work trying to meet her next deadline.

The Shadow Cartel by Layton Green