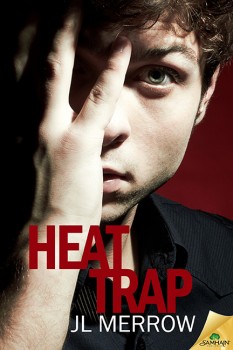 Jamie Merrow has been writing since Noah was a boy; her quirky, humorous style is ideally suited to the romances she cut her writing teeth on. She turned to writing crime with the Pressure Head series, of which HEAT TRAP is the third book.

When she isn’t plotting the perfect felony or finding new situations for old complications, she’s adept at extracting money from sponsors as part of her role on the organising team of the author/reader/blogger event “UK Meet.” That has also enabled her to experience being on the acquisitions team for a short story anthology, the ideal opportunity for the poacher to turn gamekeeper and see things from the publisher’s side of the fence. Maybe every author should have that chance, then they’d really understand why following the submission guidelines is so important!

Jamie, I have to ask. How on earth can an English rose like you not drink tea?

With the greatest of pleasure. Vile stuff. You know it makes your insides go brown, right? Now, I’ve nothing against a nice herbal tisane, such as peppermint, ginger, or something fruity with cinnamon. Coffee, it should go without saying, is the nectar of the gods. But Camellia sinensis is not, it’s safe to say, one of my best buds (see what I did there?). Anyway, as you hint, I’m so very English—and so very obviously English—that my dislike of dried leaves boiled in water with milk squirted out of a cow is probably all that saves me from slipping into self-parody.

You studied at Cambridge University. What did you read and why?

I read Natural Sciences, because of course I was going to be a scientist. And because I liked the idea of being able to hedge my bets about just which science I was really into. In the end, I decided I was into none of them particularly, and veered off sideways in the direction of History and Philosophy of Science, which gave me an excuse to read Freud and faff about with phlogiston. I’m a lifelong dabbler, really.

Was the experience of studying at such an historic institution slightly unreal?

Too right. I used to cycle to lectures past King’s College chapel and over the river Cam, wondering how I’d ever got there. I mean, flippin’ ’eck, I was at the same university as Sir Isaac Newton (I believe we shared some of the same lecturers) and Stephen Hawking! The reflected glory was enough to seriously endanger a poor student’s eyesight. Then there was punting on the Cam, garden parties, wearing an academic gown to eat terrible food in Formal Hall (don’t ask about the chick pea fritters), and sipping sherry with the Bishop of Ely before chapel. I feel very strongly I should point out to non-British readers that this is not what real life is usually like over here.

The first thing that struck me the first time I read one of your stories was the wonderfully quirky humor. Some say humor in writing is a dangerous thing, because one reader’s meat is another’s poison. What do you think?

I think I’ve been very lucky to find a readership that shares my sense of humor, because frankly I’m not sure I could leave it out if I tried! For me, it’s all part of the fun of writing—and if writing wasn’t fun, I don’t think I could do it, at least not long term.

You’ve written romance in the past. Why did you turn to crime?

I’ve always loved reading murder mysteries—particularly Golden Age books—so I suppose it was inevitable I’d have (hah!) a stab at it myself. I think, for me, a big attraction is watching ordinary people being plunged into extraordinary circumstances, and discovering how they act and what part of their character comes to the fore. Other people do jaded detectives, and do them well—but I’d rather write about the average man or woman in the street who’s a bit out of their depth.

Readers have particular expectations in romance, not least a happy ending.  What expectations have you encountered in mystery writing? And have any readers told you off for not living up to them?

Well, there’s the expectation of a puzzle that’s, theoretically at least, as solvable by the reader as by the hero. And red herrings by the bucketload. Also, as my mysteries tend towards the English cozy subgenre, eccentric side characters, which I must admit is half the fun for me: witness my ex–porn star market trader, who happens to be a dwarf, and his cuddly campanologist boyfriend. I don’t think I’ve been told off for not living up to expectations. I have been told off for playing fast and loose with the geography of a particular road in Cambridge. (I think I put in too many roundabouts…)

I can’t think of many books that feature plumbers. What’s been the reaction to Tom?

People often cite Tom’s profession as being unlikely for a hero. Have they never played Super Mario? For me, it all followed naturally—Tom has a minor psychic gift, akin to dowsing, so of course he’d choose a profession that involved water. Tom’s profession also allows me to play around with ideas of class and social mobility. His older sister is a lawyer; his brother is a consultant oncologist. So working as a plumber could be seen as a step down for Tom—not that he gives a monkey’s about such things. Phil, Tom’s partner (in life and crime) however, has worked hard to rise above rather more lowly origins. It makes for some interesting conflicts, especially where family are concerned. I certainly didn’t deliberately set out to write about an unlikely hero. That came later, with the rat catcher romance!

Did you have to do any research for the plumbing aspects? (I’m now imagining you with a monkey wrench in your overalls…)

I’m a total liability when it comes to household maintenance. Things have a nasty habit of falling apart in my hands—last time I tried to hang a curtain I managed to break the pole fittings and bring the whole thing down on top of me! Letting me loose with a monkey wrench would be asking for trouble. Big trouble. Picture a slightly less butch version of Wreck-it Ralph. So my research has all been strictly hands-off.

And last, but by no means least, are you going to share Tom’s family secret with us?

Of course. It’s in the book. 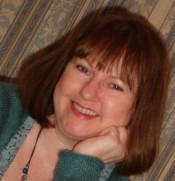 J. L. Merrow is that rare beast, an English person who refuses to drink tea. She read Natural Sciences at Cambridge, where she learned many things, chief amongst which was that she never wanted to see the inside of a lab ever again. Her one regret is that she never mastered the ability of punting one-handed whilst holding a glass of champagne. She writes across genres, with a preference for contemporary gay romance and the paranormal, and is frequently accused of humor. Her novella Muscling Through was a 2013 EPIC Award finalist, and her novel Slam! won the 2013 Rainbow Award for Best LGBT Romantic Comedy.

To learn more about J. L., please visit her website.