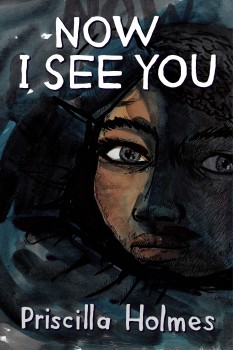 First, tell us a little about the origins of the name of your publishing house. I know that Modjadji the Rain Queen, the hereditary Queen of Balobedu, a people of the Limpopo Province of South Africa, is a legend unto herself.

The succession to the position of Rain Queen is matrilineal which means the Queen’s eldest daughter is the heir, and males have no claim to the throne. The Rain Queen is believed to have special powers, including the ability to control clouds and rainfall. I wanted to incorporate the idea of ‘making rain for South African women,’ especially as drought and lack of rain is a problem in this region of the world, and while mulling over the name, I decided on Modjaji would be perfect. We spell the name with only one d, to differentiate it from the living Queen, Modjadji. Also, I grew up in Lesotho and had a Sesotho name, Pulani, which means daughter of the rain.

And why choose to focus on publishing only women?

The history of publishing in South Africa is enmeshed with the culture of resistance that flourished under apartheid. Struggle literature may have emerged from the underground, but women’s voices—and particularly black women’s voices—are still marginalized. Modjaji Books addresses this inequality by publishing books that are true to the spirit of the Rain Queen, a powerful female force for good, new life, and regeneration.

When it comes to publishing thrillers, this seems an exciting new direction, but also different to what you’ve done before. Are you hoping that “crime pays?”

Quite a number of our titles have either won awards or been shortlisted for awards, so very quickly we started to develop a solid reputation. But as we’ve grown, we’ve considered that given the possibility of publishing highly readable, dare I say addictive books with strong female protagonists, thriller and crime fiction would be a good fit for Modjaji Books.

Are you a thriller lover yourself? 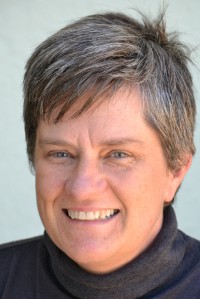 Yes, though I confess that at one point I went off the genre for a bit after my daughter was born, and no longer had the stomach for grisly murders of women and children.

But what I love about crime fiction is the strong sense of place, the narrative drive, the compulsiveness of the stories, who did it, how they did it, what really happened. I read mostly female crime writers (although not exclusively). So the investigators are women—opinionated, complicated characters making their way in the world on their own terms. They are often sexually liberated and are usually not in stable relationships, but prefer to be independent, although they like sex and do have sexual partners. I’m thinking of the classics: V.I. Warshawski, Kinsey Millhone, Kate Brannigan.

And of course, thanks to Modjaji, a number of strong South African women have been added to the list of formidable female protagonists. Detective Inspector Thabisa Tswane, particularly liberated, debuts in Now I See You by Priscilla Holmes interviewed in my last ITW interview, and Balthasar’s Gift introduces head-strong journalist, Maggie Cloete, who isn’t afraid to rock the boat.

Yes, what I love about the thriller Now I See You, in which Thabisa Tswane works in the Violent Crimes Unit, in Johannesburg, is that the traditional, submissive role played by women in a rural community is challenged. And Maggie Cloete is relentless and courageous in her search for answers around the murder of a young male HIV/Aids sufferer.

We appreciate that women, certainly the main protagonists of thrillers we’ve published thus far, are able to live out non-traditional roles, as feisty, intelligent, gritty people who aren’t doing the typical child-care and supportive roles. Often the investigators aren’t in relationships and if they are these are secondary. Women like this are relatively unusual in South Africa, and thus these characters offer new options for women readers to think about, even if they aren’t about to become PIs.

Certainly strong women protagonists are a draw card, but issues that affect women in particular are the grist to the crime writer’s mill. In general one could say crime fiction offers us the opportunity to examine the fault lines, and would you agree we, in South Africa, have plenty of those?

The thing is, in spite of our progressive Constitution, South Africa is a violent, dangerous country. We have a high murder rate, an unspeakably high number of rapes of women and even children, and the awful so-called “corrective rape” of lesbians. Black women in particular are the main victims of general violence and domestic abuse.

In Cape Town there’s a prevalence of gang-related violence. Women and children are often victims simply because they just happen to be in the wrong place at the wrong time. So yes, there are plenty of issues to expose.

As is well known here, we have a relatively small book-buying population, and a small network of bookstores, mostly in the bigger cities. Vast parts of the country do not have bookstores, and many South Africans don’t have easy access to libraries. So as a publisher we are part of the impetus to provide books to readers who want local stories, stories they can relate to, that speak to their lives.

Home-grown stories, I would agree, are so important. But it’s equally important, as a publisher, to sell internationally. Has your attendance at the Frankfurt Book Fair helped to place your books on the international map, so to speak? 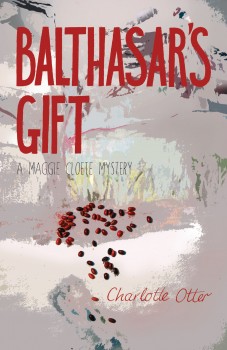 Yes, absolutely! We’ve been participating in the Frankfurt Book Fair since 2011 and hope to continue to do so. It takes time though, to develop an international profile. Successes like those of Yewande Omotoso’s Bom Boy and her own developing profile have been important to us too. Being at Frankfurt has been key in our joining the Alliance of Independent Publishers, which means we’re connected to four hundred like-minded publishers around the world.

Up until recent years the main interest in South African writing has been in the highly literary circles, with the focus on writers like Gordimer, Coetzee, van Heerden. But that has changed. Certainly I was aware at the 2014 Frankfurt Book Fair of new interest in South African/African-based crime fiction, and a number of our crime fiction authors have sold well in the international market, Deon Meyer and Margie Orford for example.

As a small and relatively new publishing company, we’re far away from the international markets, book fairs and so on, so it takes time to develop relationships and credibility. We are, though, beginning to sell some of our titles into other markets, and hopefully this will grow. As an example, we’re fortunate to have acquired the English rights to Charlotte Otter’s book, Balthasar’s Gift, which sold very well in Germany, where the South African author lives and works.

As a publisher, what do you feel South Africa, and Modjaji in particular, has to offer an international readership?

We offer social and political landscapes which feed directly into how thrillers work. Often the place is almost a character in a thriller, if you think of Sarah Paretsky’s Chicago, Donna Leon’s Venice, also Elmore Leonard’s Detroit and Miami, Henning Mankell’s Ystad and James Lee Burke’s New Orleans and Louisiana Bayous.

South Africa is exotic for overseas readers, but also easy enough to understand, with a hard-working police force and a society largely governed by the principles of law and order. South African crime fiction offers a marvelous combination of armchair travel and the kind of puzzle-solving which we enjoy in a good thriller.

Add in Modjaji’s female role models and you’ve got great reads, which the world can enjoy.

You’ve certainly hit the ground running! Tell us a little more about your three latest titles.

Balthasar’s Gift introduces journalist Maggie Cloete who has a penchant for chasing criminals. She’s terminally in hot water with her boss. It’s set in Pietermaritzburg and deals with a fraudulent vitamin salesman, some delightful and vulnerable children, a traditional family who can’t admit their son is gay, and, just for fun, Maggie is attracted to a young man she’s not sure she can trust. The backdrop is the period of denialism around causes and treatment of HIV/Aids that then South African President Thabo Mbeki’s administration generated. 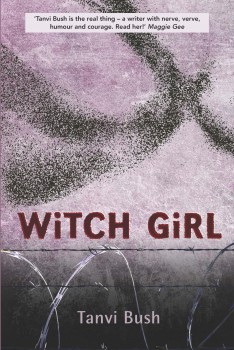 Now I See You is set largely in the rural Eastern Cape, though the main character, the formidable Thabisa Tswane, is based with the Eagles, a unit that deals with violent crime, in Johannesburg. She’s turned her back on her conservative upbringing but still feels the loss of the family she’s abandoned. When a case calls her back home she’s loathe to return to confront her grandfather, the Chief, who wanted her to stay in the remote village where she grew up. There’s also a kidnapped society wife, and not to mention two sexy men who are vying for Thabisa’s attention. At the heart of the village is a cloistered hut, where the secrets of her past await. They might even help her solve the crime…

Tanvir Bush’s Witch Girl is a crime thriller that effortlessly juggles the past and the present, blending AIDS activism, witchcraft, religious extremism and romance. Witch Girl is set in modern Lusaka, Zambia, where the line between magic and religion is blurred, the arcane and the mundane muddle and nothing is what is seems. Most of it is told from the perspective of Luse, a precocious street child combing the gang-ridden city in a desperate search for Doctor Georgia Shapiro whom she hopes can offer her a way back into her once-bright past. The doctor, in the meantime, tries to unravel the mystery of a friend’s sudden death, while attending to the AIDS crisis laying waste to the country around her.

Good luck, Colleen, in taking this leap into thriller territory! Glad to see Modjaji there, and I’m looking forward to reading your new titles.

Joanne Hichens is an author, editor, blogger, and a teacher of creative writing. She is currently taking a break from teaching to complete a PhD at the University of the Witwatersrand (WITS). She is the author of DIVINE JUSTICE, a Rae Valentine thriller, which will be followed by SWEET PARADISE to be published in 2015. She has edited several collections of short stories, including the BED BOOK OF SHORT STORIES – a collection of writing by African women, and BAD COMPANY – a collection of south African crime-thriller fiction. She is curator of the SHORT SHARPS STORIES AWARDS, which is an initiative backed by the National Arts Festival to encourage the writing of South African fiction. The inaugural collection, BLOODY SATISFIED, a crime-fiction collection, was published 2013, followed by ADULTS ONLY – stories of love, lust, sex and sensuality, in 2014. INCREDIBLE JOURNEY will be published 2015. Joanne believes in promoting South African fiction in order to entrench a reading and writing culture.