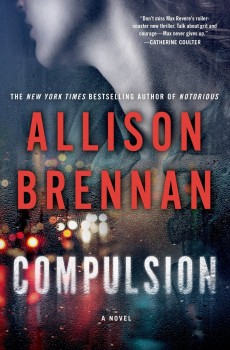 While I was driving my twelve-year-old daughter home from softball practice last week, she told me about her day—including an irate commentary about her history lesson. “Did you know that in Athens, women were considered the property of their husbands?”

Before I could respond, she continued. “I told Mr. B that if I lived in Athens back then, I’d kill my husband, hide his body, and tell everyone he disappeared.”

While I appreciate her independence and strong sense of gender equality, I fear I’ve ruined my kids. That, after writing twenty-five crime novels including my latest, COMPULSION, I’m raising five children who are plotting the perfect murder. I reminded her that we believe in Heaven and Hell and while there may be a perfect murder, she wouldn’t want to go to Hell later.

Yet, a little piece of my heart was so very, very proud.

Even before I wrote crime thrillers, I was interested in crime. I don’t know if it started with my love of Trixie Belden (age eight), or Nancy Drew (age ten), or Agatha Christie (age twelve.) In Cold Blood was the first true crime novel I read when I was in eighth grade, and for years I devoured both true and fictional crime stories.

When I worked in the California State Legislature, one of my jobs was to read public safety legislation then explain—in one page or less—what the bill would actually do, both pro and con. This analysis gave me not only an understanding of crime in California, but the ability to look at all sides of an issue. In this capacity, I read the news daily, and even when I left the Legislature, I kept up with current events, particularly related to crime.

So it’s not really surprising when, years later, my oldest daughter wanted a MySpace page (yes, this was many years ago), I printed out a slew of articles where girls had been beaten, raped or murdered because they’d hooked up with someone they met online. One of the saddest stories was a girl who lived only an hour from our hometown who had a private MySpace page. Her best friend posted information about a party and “tagged” her. A young man who had been stalking this girl showed up, kidnapped, raped, and murdered her, then dumped her body in the delta.

I simply wanted my daughter to be careful with the information she shared online, and to be the voice of reason to her less-cautious friends. Several years later, one such friend on my daughter’s varsity volleyball team said she’d been chatting with this boy who was Facebook friends with some of her friends. He was “cute” and she was planning on meeting up with him. I asked, “How do you know he is who he says he is?”

She stared at me as if I was crazy. “Why would he lie?”

My daughter later informed me that she’d straightened her friend out.

Boys are also vulnerable to online predators. The X-Box, a popular gaming system, enables kids to chat with people all over the world. I laid down the law with my boys as well as my girls. Don’t give out personal information—name, address, phone number, etc. If anyone creeps you out, block them and tell me. The fact that I like video games helps me keep up-to-date with what’s going on in that cyber world.

I suppose, because I write crime fiction and watch it on television, my kids have all grown up with a keen understanding of murder and mayhem. We watch Bones and Castle, for example. We discuss whether it’s possible to commit the perfect murder, why good people sometimes do bad things, and how greed and envy and hate can turn people into killers. My fourteen-year-old son is fascinated by forensic science, and when he sees something interesting on a television show, he’ll look up whether what they did is actually possible or whether they took creative liberties. Fortunately, I have many books and resources for him to read.

I did become a bit concerned when my ten-year-old son started reading my copy of Book of Poisons.

Years ago, shortly after I quit my job to be a full-time writer, my husband Dan—who was still working in the State Senate—ran into a former colleague turned lobbyist. Greg approached Dan, looking extremely concerned. “I just read Allison’s book, The Hunt. Aren’t you worried about her?”

Dan, not quite understanding what Greg meant, said, “No, why?”

“It was really dark and twisted. I’m concerned.”

Dan realized Greg was serious. He leaned over and whispered, “Actually, yes, I am very worried. I just read an advanced copy of her next book. She castrates a guy in the first chapter.”

In my defense, the guy I castrated was a rapist.

When I sent my firstborn off to college three years ago, it was bittersweet, but I wasn’t unduly worried about her safety because she was well aware of the dangers on college campuses. The day I left her in the dorms we had a nice lunch, talked about her courses and sports and goals. I reminded her to be smart—and I wasn’t talking about her classes. She said, “Don’t worry, mom—if I go to a party, I promise never to drink something I didn’t open myself.” She paused. “And I won’t let my drink out of my sight.”

Maybe my blunt parenting style didn’t ruin my kids. At least I can hope. 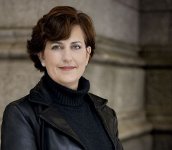