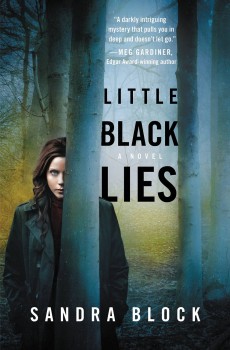 Pastel hospital curtains offer more than a false sense of privacy. We know to look away. We try not to hear the conversation between doctor and patient. It’s personal. Not ours to know. With LITTLE BLACK LIES, Sandra Block takes us behind the curtain in a psychiatric ward and gives us an eyeful. She probes the mental state of everyone from her protagonist-doctor to the patients she treats.

The story is told through the eyes of Zoe Goldman, a psychiatric clinician. But Zoe is also a patient herself and the child of an institutionalized mother. The book peels back layers on the human mind while it draws us into Zoe’s life, revealing mysteries long kept hidden, buried deep, veiled by fire.

Block knows a thing or two about the human brain. As a neurologist, she has a special perspective on what makes us tick. She shared some of that perspective with The Big Thrill in an interview about her debut medical thriller.

Mental illness, dementia, altered perceptions of reality, and false memory—all of these weave together tightly in LITTLE BLACK LIES. At times, it seems everyone is somewhat off-kilter, or has been. Do you think that’s just part of the human condition?

Yes, that’s exactly Zoe’s opinion. Everyone is crazy; it’s just a matter of scale, otherwise known as the “human condition.” As one patient says, “Normal is just a setting on the washing machine.”

In LITTLE BLACK LIES, Zoe Goldman has returned to Buffalo to complete medical studies after studying at Yale, whereas you did the same, but from Harvard. She’s a psychiatrist, you’re a neurologist. You know I have to ask, how much more of you is in Zoe.

My husband pointed out the same thing! Yes, there is some of me in Zoe and some of Zoe in me. I would say Zoe is more unstable and prone to self-destruction, while I’m a more centered (and certainly more boring) person. However, I also have about twenty years or so on Zoe, so I’ve managed to learn some tricks along the way.

You reference a pharmacopoeia of mind-altering (or stabilizing) drugs being administered by psychiatrists and neurologists alike. Is Zoe giving readers a peek inside the profession?

Oh, sure. That’s one of the joys of medicine, playing with chemicals to alter (hopefully positively) someone’s body. Of course, medications can hurt people too. It’s a constant balancing act. Hippocrates was right: our job is to help people, but first, do no harm.

Even when writing about darkness, you deliver the story with an airy touch, making it accessible, treating the characters and their challenges at once clinically and with human warmth. Is that intentional? Were you making it easier for readers to explore the nether regions with Zoe?

No, it really wasn’t intentional. That’s just how Zoe speaks and thinks. The tone also hopefully catches the reader off guard. You’re just hanging out with Zoe for a couple hundred pages, not feeling like you’re in the midst of a typical mystery. So when the “big reveal” comes, it kind of takes you by surprise.

Zoe self-analyzes. One could even say she’s hyper self-aware. How did you figure out what to leave off the page?

She is absolutely hyper self-aware. She can’t help it. I tried to stay with her thought process, even when it’s all over the place (often a reflection of whether her medications are working or not). But at the same time, I didn’t want to go totally stream-of-consciousness. If her parenthetical thinking wandered too far afield from the narrative flow, I had to cut it.

What’s in our heads is fascinating—enough so, you decided to become a brain doctor. Part of LITTLE BLACK LIES is about the brain, yet really it’s about the mind, isn’t it? The whole brain versus mind debate has occupied great thinkers for a few thousand years. Care to give us a hundred words on the topic?

I became a neurologist because, as I explained to the program director when they asked me this question, the brain is where the money is. (The figurative money, of course.) Sure, you need your heart, and your liver is helpful, but who are you without your brain?

I actually went to medical school (my other option was journalism) because I wanted to be a psychiatrist. But, when I did my rotation, I had to give myself a pep-talk before seeing every patient. I realized in the midst of doing this once, I didn’t want a job that required a pep-talk every twenty minutes or so. Neurology turned out to be a better fit.

But, I don’t see any contradiction between the mind and the brain. As far as I’m concerned, the brain is the mind and the mind is the brain. Same thing. Psychiatry and neurology are two sides of the same coin. Without neurochemicals, there are no feelings. Without Broca’s area, there is no language to express those feelings.

I should add that neurologists take care of the brain, but also the whole nervous system (i.e., Parkinson’s, muscle disease, spinal cord injuries, headaches), so the practice is much more varied than just looking at the brain.

What are you working on next? Will it involve Zoe?

Yes, the next Dr. Zoe Goldman book is written and I’m currently working on the edits. It will be published by Grand Central as well. This time, Zoe is in her child psychiatry rotation, deciphering the mystery of a young girl with catatonia who does not know her identity. 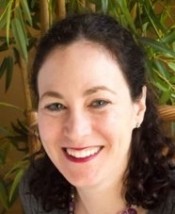 Sandra Block graduated from college at Harvard, then returned to her native land of Buffalo, New York, for medical training and never left. She is a practicing neurologist and proud Sabres fan and lives at home with her family and Delilah, her impetuous yellow lab. She has been published in both medical and poetry journals. Little Black Lies is her first novel.

Rob Brunet
Rob Brunet’s STINKING RICH asks, What could possibly go wrong when backwoods bikers hire a high school dropout to tend a barn full of high-grade marijuana? Dubbed “deviously funny” by Canadian Mystery Reviews, the novel was listed on Crimespree Magazine’s Book Picks for 2014, and named one of the year’s top debuts by MysteryPeople. Brunet’s short crime fiction has appeared in Ellery Queen Mystery Magazine, Thuglit, Shotgun Honey, Out of the Gutter, Noir Nation, and numerous anthologies. He loves the bush, beaches, and bonfires, and lives in Toronto with his wife, daughter, and son.