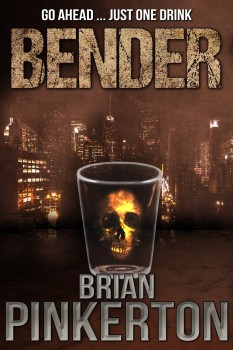 In fact, his writing routine might seem tedious or even archaic to some—two handwritten drafts, followed by carefully reciting the book into the computer using speech recognition software, and then the often painful revision-edit-revision process.

But for Pinkerton, author of seven full-length works including his latest thriller, BENDER, this writing ritual allows for the greatest creative flexibility and control. Not to mention, a cool opportunity to garner extra interest in his books.

“I give away the handwritten pages,” he says. “Anyone who posts something about one of my books—a review, a book cover, anything—can contact me and I’ll send them a free page.”

This time around, that page would come from BENDER, the story of a recovering alcoholic who falls off the wagon with disastrous results. Described as The Hangover meets Hitchcock, BENDER is a twist on the classic set-up of an innocent man on the run, framed for a crime he didn’t commit. Except in this case, the consequences don’t only affect the protagonist—they also endanger his wife and daughter.

“It comes from that dark place of trying to be a responsible family man and accidentally putting your loved ones in jeopardy,” he says. “I was drawn to the idea of how quickly someone’s life can unravel from making one bad decision.”

Each of Pinkerton’s books tend to pursue the narrative of “what if”—from the deeply dark Abducted, which answers the chilling question, “What if someone kidnapped my child?” to the more comedic, How I Started the Apocalypse.

“I’m amazed that the ideas continue to spill out of my head and that there are people who want to read them,” Pinkerton says. “I’ve always had a hyperactive imagination. I think it helps that writing fiction is my passion, not a job. Storytelling is what I do for recreation.”

To make the best use of his limited writing time, Pinkerton turns off the television, steers clear of video games—and avoids housework. When he isn’t working on a book, he’s studying the craft, not only for penning thrillers, but also for various other genres and writing forms. His first book, Rough Cut, originally started as a screenplay, and while the book has enjoyed success, he still feels the story deserves some screen time—not to mention the many other scripts he’s written over the years.

“I enjoy the art of screenwriting,” he says. “Writing spec scripts taught me the importance of an economy of words and storytelling through showing, not telling.”

But as most screenwriters quickly learn, making a career out of the craft when you don’t live in Los Angeles can be cumbersome—and for now, Pinkerton has put new screenwriting projects aside to focus on his novels. Though that doesn’t mean he’s given up on his dream to see his work in film.

Pinkerton’s next project, Anatomy of Evil, will take him yet again out of his comfort zone, leaving behind his familiar theme of personal crisis in exchange for an epic showdown of good versus evil.

“If my other books would make good indie films, this is the one that would require a huge budget, big special effects, an all-star cast, and thousands of extras who get sucked into a fiery funnel cloud emerging from the portal to Hell,” he says. “As you can tell, I’m having way too much fun with this.” 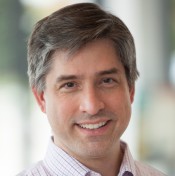 Brian Pinkerton takes everyday, ordinary people and puts them through a living hell. His cruelties include Bender (Crossroad Press), Killer’s Diary (Samhain Publishing), Rough Cut (Bad Moon Books), How I Started the Apocalypse (Severed Press), Vengeance (Leisure Books) and Abducted (Leisure Books). Select titles have also been released as audio books and in foreign languages. Brian received his B.A. from the University of Iowa and Master’s Degree from Northwestern University.

He lives in the Chicago area and invites you to visit him on Facebook, Goodreads and on his website.