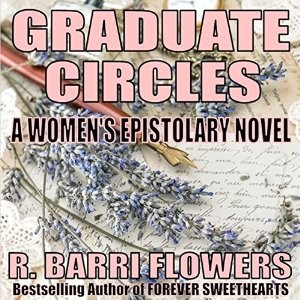 It is 1980, and college roommates, Jessica, Tammy, Kelly, and Gabriella, fresh off of receiving their MBAs from Michigan State University, spread across the globe and embark on their new lives, loves, careers, while experiencing the ups and downs, hopes and dreams, twists and turns, and success and failure that life brings.

Jessica Cleary returns to her hometown of Bloomfield Hills, Michigan, where she hopes to open a fashionable boutique and get her law student boyfriend, Brad, to put a ring on her finger.

Tammy Fontaine lands a job at a prestigious New York City literary agency as a junior agent and tries to find romance, while harboring a secret.

Kelly Roxmire, fluent in several languages, is hired as a management trainee at a bank in London, England, while dreaming of romance with a Cosmopolitan man.

Gabriella Weller returns home to Canada, where she gets a job teaching, though longing to become an author and catch a break when it comes to romance.

Over the next decade, the four friends communicate entirely through letters and post cards as they navigate through life, with the one constant, the camaraderie they share.

GRADUATE CIRCLES is available from Amazon, Audible and iTunes.

“Forever Sweethearts is a wonderful and nostalgic love story that reminds me of such moving tales as Bridges of Madison County, Summer Harbor, and The Notebook.” – Barnes and Noble reviewer

“Beautiful summer romance fling that is a great YA Read! I loved it! I can’t wait to read more from this author.” – Blissful Book Reviews on Summer at Paradise Ranch

“This was like “Sweet Valley High” meets “True Blood”. Fans of the “Buffy the Vampire Slayer” series will enjoy this series. Great for young readers!” – Jessica’s Reviews on Count Draula’s Teenage Daughter

“A heart-thumping thriller, this is that rare novel that is downright scary.” – John Lutz, Edgar winner and bestselling mystery author on Before He Kills Again

“A masterful thriller set in the dark underbelly of Maui, with lots of fine action. A terrific read!” — Douglas Preston, bestselling thriller writer on Murder in Maui

“One of the best ghost and haunted house novels I’ve ever read! The author does a very convincing job in creating a scary atmosphere and likeable characters in sixteen-year old Peyton.” Barnes and Noble reviewer on Ghost Girl in Shadow Bay

Mysteries include Before He Kills Again, Dark Streets of Whitechapel. Murder in Honolulu, and Murdered in the Man Cave; while teen novels include Count Dracula’s Teenage Daughter, Ghost Girl in Shadow Bay, Summer at Paradise Ranch, and Teen Ghost at Dead Lake.

The author’s books can be found in audio, eBook, and print.

Cuffed: Tales from the Street by Suzanne Berube Rorhus