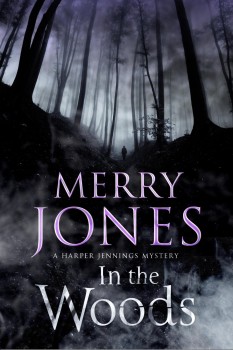 In Merry Jones’s newest thriller, IN THE WOODS, Harper Jennings and her husband are enjoying a child-free camping trip in a Pennsylvania State Park when Jennings stumbles on a body in the woods. Neither she nor the park ranger believe the death was an accident, and when a fellow camper’s husband goes missing, Jennings begins her own reluctant hunt for the killer.

Jones, who lives near Philadelphia, has authored a number of works, including the Zoe Hayes mystery series, and the Elle Harrison and Harper Jennings thriller series, as well as several humor and nonfiction books. I recently had the good fortune to catch up with Jones for The Big Thrill.

Congratulations, Merry! What can you tell us about IN THE WOODS that is not on the back cover?

IN THE WOODS is densely plotted. It’s partly about personal betrayal and revenge. But, it’s also about “larger” issues—issues of the environment, use of energy resources, weapons control, even domestic terrorism. It touches on legends and superstitions about Yeti/Bigfoot-type creatures. And, as tension and danger escalate, all of these elements combine, so that the plot attains an undertone of semi-absurdity.

Through it all, the protagonist, Iraq war veteran Harper Jennings, remains strong and resilient. But readers will also see her softer side emerge as a mother and wife who needs to redefine herself as her family grows.

Harper Jennings is a unique and intriguing character. What are some of the elements of Harper’s past that have made her the woman she is today?

I’m glad you like her. IN THE WOODS is the fifth Harper Jennings novel, so parts of her past have been presented in the first four. Summer Session explains the origins of Harper’s Post Traumatic Stress Disorder (PTSD), a result of her stint as an Army lieutenant in the second Iraq War. Although PTSD is permanent, she’s learned techniques to help her deal with it—and these show up in every book.

Harper’s service in the Army left her not just with PTSD, but also with physical scars. She was severely injured by a suicide bomber and will forever have a limp. But the war gave her some positives, too—a deep confidence in herself, and her determination and resourcefulness. Her time in Iraq also introduced her to Middle Eastern history and artifacts, unleashing the passion which led to her career in archeology. Harper’s relationship with her husband, geologist Hank Jennings, also traces back to when he was an Army contractor in the war. So, directly or indirectly, the war shaped much of her character and life.

Beyond that, Harper’s past emerges little by little in each of the books. Winter Break introduces her alcoholic mother, presenting glimpses of a childhood with an absent father, an impaired mother, a parade of mom’s boyfriends, and a ton of early responsibility thrust onto young Harper. Behind the Walls revives some of Harper’s military history and relationships even as she confronts pre-Colombian mystics and relic smugglers. And Outside Eden shows Harper trying to balance parenthood with her professional life. On a dig in the Middle East, she is an inexperienced but devoted mother, protecting herself and her toddler from murderous religious fanatics and terrorists.

Like every strong character, Harper has a lot of backstory. It’s never presented completely, but pieces emerge in each book.

Your earlier work was nonfiction and humor. When did you make the transition from humor to suspense—and why? Is there a common core between the two genres?

The transition came abruptly when my husband became ill with an often deadly form of cancer. I couldn’t control his disease, but I could control the outcome of my books. So, in The Nanny Murders, my first mystery, I turned cancer into a serial killer and beat the crap out of him. My husband survived, thank God, and today, he’s well. But I realized that suspense, peppered with occasional humor, is where I’m most comfortable. I see it as a metaphor for life. The world is a dangerous place where sooner or later, we all confront a deadly antagonist. Suspense allows me to personify fear and evil, and to vanquish them. Again and again. The process never gets old.

While the Harper Jennings series fits into the broad theme of suspense, your books have a strong psychological element to them. Are there themes that you find yourself drawn to?

Oh yes, I have themes. One is that the world is full of unpredictable and unavoidable danger that can change life in a heartbeat. Another is that perception is unreliable—my protagonists often struggle to sort out reality, aware that what they sense might be inaccurate or incomplete. A third is that, no matter how you try to escape it, the past will come back to bite you. And fourth—trust is often sorely misplaced.

Where is your favorite place to write?

I have a small office off the family room, behind a fireplace, with windows lining two walls. It’s cozy, not quite isolated.

Keep writing. Write every day if you can. And don’t let anything discourage you. Just keep going.

What’s next for you? Will fans see more of Harper?

Maybe. But right now, I’m working on other projects—a chapter for a novel written by thirteen Philadelphia authors, and the first book of a brand new series. 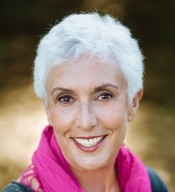 Merry Jones is the author of the Harper Jennings thrillers (SUMMER SESSION, BEHIND THE WALLS, WINTER BREAK, OUTSIDE EDEN, IN THE WOODS), the Elle Harrison novels (THE TROUBLE WITH CHARLIE, ELECTIVE PROCEDURES), the Zoe Hayes mysteries (THE NANNY MURDERS, THE RIVER KILLINGS, THE DEADLY NEIGHBORS, THE BORROWED AND BLUE MURDERS), as well as several humor books (including I LOVE HIM, BUT…) and non-fiction books (including BIRTHMOTHERS: Women who relinquished babies for adoption tell their stories.) She has also written articles for various magazines (including GLAMOUR) and short stories (including Bliss, published in the anthology LIAR LIAR).