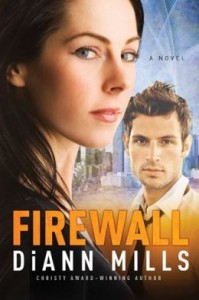 Most people who have stood in a security line at an airport have wondered what they would do if a bomb actually went off. DiAnn Mills’ latest novel, FIREWALL, brings that frightening image to raw, terrifying life. Taryn Young, a newlywed boarding a plane to her dream honeymoon after a whirlwind romance is caught in a bomb blast that rocks the Houston airport. When she wakes, not only is her husband missing, but the authorities consider them both suspects in the attack. She’s informed that the man of her dreams isn’t who he appears to be. In fact, he doesn’t exist at all. With her high security clearance in computers and genius IQ, Taryn isn’t normally taken by surprise, and is nobody’s fool. Something doesn’t smell right.

FBI Agent Grayson Hall, as the lead investigator, considers catching the one responsible for the attack to be his first priority, yet he can’t help feeling that despite all the evidence to the contrary, Taryn is an innocent. Is her naiveté just for show? Or is she a conspirator, the mastermind of a terrorist cell?

Half-truths, double crosses, and a ticking clock to prove her own innocence before she gets locked away forever drives the heroine to risk everything. But who can she trust? She thought she could trust her husband but he’s gone missing. Is the FBI right in believing he’s a terrorist? Or is the government trying to steal vital computer secrets from her by using her husband as bait? As Taryn and Grayson each try to solve the case, each suspecting the worst of the other, it might be that all they can do is put their trust in a higher power to guide them to the answer.

The author of fifty-five novels, and winner of numerous awards for her thrillers, including the Golden Quill Award, Booksellers’ Best Award, and the Christy Award, Houston resident Mills knows her way around a twist and turn. Not only is she a founding board member for the American Christian Fiction Writers, but she is also a Craftsman mentor for the Jerry B. Jenkins Christian Writers Guild. If you’re looking for a great new thriller author to fall in love with, this is the one. As one of the cover quotes says so eloquently: “FIREWALL should come with a warning! Walking across Niagara Falls on a tightrope with no net would be more relaxing.”

“Firewall should come with a warning! Walking across Niagara Falls on a tightrope with no net would be more relaxing. Be prepared to lose your breath and a lot of sleep with this exhilarating read.” ~Lynette Easton

“Firewall is a read until 2 a.m. book. With victim on victim and perp after perp, I had no idea who was the mastermind until the last two or three pages. What a shock. Mills keeps getting better and better, what an intricate mind to plot this. Can’t wait for the next one.” ~Lauraine Snelling 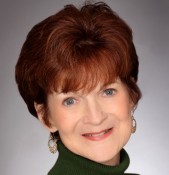 DiAnn Mills is a bestselling author who believes her readers should expect an adventure. She currently has more than fifty-five books published. Her titles have appeared on the CBA and ECPA bestseller lists and have won placements through the American Christian Fiction Writer’s Carol Awards and Inspirational Reader’s Choice awards. DiAnn won the Christy Award in 2010 and 2011. DiAnn is a founding board member for American Christian Fiction Writers and a member of Inspirational Writers Alive, Romance Writers of America, Faith, Hope & Love, Advanced Writers and Speakers Association, and International Thriller Writers. She speaks to various groups and teaches writing workshops around the country. DiAnn is also a Craftsman mentor for the Jerry B. Jenkins Christian Writers Guild and is the 2014 president of RWA’s Faith, Hope, & Love chapter. She and her husband live in sunny Houston, Texas.