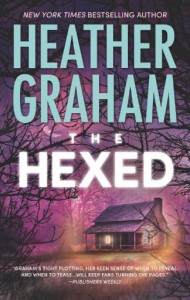 New York Times bestselling author Heather Graham returns with her latest book in her Krewe of the Hunters series with THE HEXED. Heather is one of those rare authors who has written in several different genres, from romance to thriller to ghost stories and more. She has been listed on every major bestseller list, and if that wasn’t enough, she’s released several blockbusters this year alone: THE CURSED (the first of the newest trilogy within the Krewe Hunters series), WAKING THE DEAD (part of her Cafferty & Quinn series), and THE AWAKENING (a new reissue in her Alliance Vampires series). Out of breath yet? It is amazing that we were able to slow her down for a second and talk with her about THE HEXED among other topics, so check out her interview with THE BIG THRILL below.

THE HEXED is the second book in your newest Krewe of Hunters trilogy, that started with THE CURSED. Please tell us about the series.

I’ve always loved the concept of something beyond—or explaining what can’t be rationally explained. We know we use a very small percentage of the amazing “computer” that is the human brain, so, perhaps some people do have senses that we don’t know about. Historically, there have been mothers who have known the precise time a child is in trouble or twins who can sense something with one another miles and miles away. No one has the answer to death. And, of course, I love to believe that there is something more, and if there is . . . well, maybe some of us really can touch more than others. But, with the Krewe, the concept was to gather talented investigators and law enforcement officials who have extra sensory talents and put them together as units. So, they’re a “special” unit of the FBI, both teased by others as “ghost busters” and admired for their solve rate. They head out on cases that defy the logical. They tend to take place in cities and towns I really love—and that lend to the extraordinary. I love Salem, Mass, where THE HEXED takes place. My family has gone almost every year since I don’t know when since my husband has—seriously!—a zillion relatives in Massachusetts. The history there is incredibly sad—how we allowed people to die by “spectral” evidence can only be slightly understood by looking back at the fear people lived with in the late 1600s and the belief that the devil was real and ready to seize human souls—and bodies. There’s still so much that went on that is debatable—which makes it a perfect setting for fictional stories.

The Krewe of Hunters series started back in 2011 with PHANTOM EVIL, did you have any idea that you would now be fourteen books into the series, with number fourteen THE BETRAYED coming out in September?

I don’t think I’ve ever known just how long a series will last! Depends on whether people continue to enjoy the series or not!

Having written in so many different genres, thriller, suspense, supernatural, romance, ghost stories, etc, is there still a genre or subject you would like to explore with your writing?

Non-fiction. I was just at a huge Convention in RT and took out tour groups in New Orleans for a few days. I love history—there is one historical personage I’d love to do biography on. One day! (Either that or maybe a fictionalized novel/biography!)

Australia and New Zealand. I was lucky when I was young, starting out traveling as a theater student. Over the years I’ve gotten to see the pyramids, the Kremlin, and wonders all over Europe. Thanks to ITW and the USO, I’ve also been to the Middle East now to visit our soldiers—probably the most amazing event in my life, other than the arrivals of five children! But I’ve never been to Australia and I have friends there now—it’s a one-day-hopefully-fairly-soon dream.

What does the future hold for Heather Graham?

My fingers are crossed for the immediate future. I’m heading down a wee bit further south (can’t go all that much further south from Miami and still be in the states!) to the first Key West Mystery Fest and if the weather holds, thanks to journalist Carol Tedesco, I’m going to dive on the Atocha, the Spanish treasure ship that sank in 1622 and was finally discovered just about eighteen years ago by the incredible Mel Fisher. Here’s hoping the weather holds!

We would like to thank Heather for taking the time to speak with us. For more information on everything she has going on, check out her website. 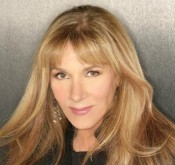 Heather Graham is the NYT and USA Today bestselling author of over a hundred and fifty novels including suspense, paranormal, historical, and mainstream Christmas fare. She lives in Miami, Florida, her home, and an easy shot down to the Keys where she can indulge in her passion for diving. Travel, research, and ballroom dancing also help keep her sane; she is the mother of five, and also resides with two dogs and two cats. She is CEO of Slush Pile Productions, a recording company and production house for various charity events.

To learn more about Heather, please visit her website and Writers For New Orleans.