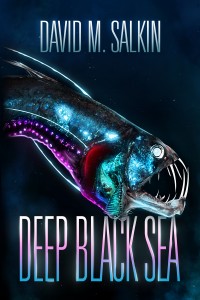 David Salkin is what some would call a renaissance man. He’s an award-winning author, the Mayor of Freehold Township, New Jersey, and a Master Graduate Gemologist. His books have spanned military espionage, action-adventure, horror, mystery, and science fiction. In his latest, DEEP BLACK SEA, a crew of seven aboard a specially designed research submarine sit three miles down in the dark world beneath the sea. When they bring aboard the bacteria that enables certain animals to survive in the seven-hundred degree poisonous water of the black smoker, they have no idea that one of the researchers plans on using them as his test subjects.

Salkin recently answered a few questions about his fascinating new novel for THE BIG THRILL.

What can readers expect from DEEP BLACK SEA?

Nightmares. (smile.) I gave the rough draft to my brother, who told me he had nightmares after he read it. That’s perhaps the highest compliment I could ever receive when writing a sci-fi horror story. DEEP BLACK SEA is an adventure into a world which is still so undiscovered. The real science of the book makes the terrifying story believable to some extent. I mean, it’s a horror story and it’s fiction, but there’s enough hard science to make things plausible—hence the nightmares. I watched the story in my head as I wrote it. If I succeeded, the reader will be seeing the movie in their head as well, and it will stay in there for a few days making them think twice before their next snorkelling trip…

You set the novel in a submarine. What do you find intriguing about the environment?

Life on a submarine isn’t for everyone. It’s claustrophobic, dangerous, and remote. Because of the size and comfort level of this particular research vessel, it’s not as bad as a military submarine, but even so, the crew is three miles down in the black, near-frozen ocean. No one can quickly come to their rescue if they have a problem—they’ll need to figure out ways to help themselves. To have a small cast of characters in this isolated environment, surrounded by danger, creates a tension and constant stress that hopefully the reader can sense as they go through the journey.

How does your personal background influence this novel?

I’m a fish geek and Scuba diver. I LOVE the ocean and grew up near the Jersey Shore. (Not to be confused with the horrid television series, which IS a horror show.) I have fish tanks in my house and love the science of the ocean. I’ve been fortunate enough to have gone diving in some amazing places, and the wonders of nature never disappoint me. What was particularly fun about writing this book was that the fiction almost wrote itself. The real science is so amazing, that it wasn’t a far leap to make it a terrifying fictional story. If you Google “deep sea creatures,” you’ll find pictures of real animals that look like they came from a sci-fi horror movie. They’re down there. And our cast gets to meet them.

You have a wonderful evil theme. What makes you want to write about this subject?

I wrote this book—which is obviously a huge change from my military espionage thrillers or crime stories or mysteries, because I find the subject fascinating. I tell folks this… “You can steam clams or crabs on your stove at two-hundred and twelve degrees. How is it possible that they can live and reproduce and thrive in seven-hundred degree water that’s full of toxins and heavy metals?” It makes you think. When I explain that the answer lies in the bacteria, it quickly starts to tell the story.

Was it easier to write this book than your previous novels?

I’m used to doing research when I write. The research for DEEP BLACK SEA was fascinating. It wasn’t work—it was amazing reading. We know more about the moon than we do about the deep black sea. It’s a world of total darkness with thirty-four degree seawater that is almost void of oxygen. And then you have these black smokers where super-heated water blows into the ocean at over seven-hundred degrees, full of heavy metals and toxins, and there are entire colonies of creatures living there. These animals might as well live on Mars. Which, not coincidently, is the reason for some of the experiments on the ship. In the story, the bacteria that makes it possible for creatures to live in this environment could possibly be harnessed for space travel. The story can write itself!

Your books span military espionage, action-adventure, horror, mystery and science fiction. Which of these genres is your favorite?

Tough question! To some extent, there are parts of “me” in whatever I write. DEEP BLACK SEA reflects my love of the sea and scuba diving. The military novels are my patriotic side. I bleed red, white, and blue, and I think it’s usually pretty obvious in my books. Overall, I like writing action-adventure style stories in whatever genre I’m in. I want the reader to forget where they are, and just travel with me through the story. A good book should help you “escape for a while.” I’d like to think I can offer those short mental vacations. Writing horror or fantasy is “play” in a way, because I can invent creatures and entire worlds right out of my imagination. I can paint whatever picture I want. DEEP BLACK SEA and FOREVER HUNGER were both horrifying and a ton of fun to write.

Can you give us any clues as to what will happen to the test subjects in DEEP BLACK SEA?

I would offer this: Be very careful when sipping from the Primordial Soup.

Where will your writing journey be taking you next?

In a perfect world, I’ll write full time, and walk into a movie theatre to watch my stories on the big screen. Will that ever happen? Who knows. But that’s the ultimate goal, after a New York Times best seller.

Thanks David! DEEP BLACK SEA sounds truly exciting. It certainly caught my imagination and put its hooks into me. This is a great time for this type of novel, and here’s to it helping you reach your “perfect world.” 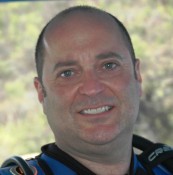 David M. Salkin is an award-winning author, the Mayor of Freehold Township, New Jersey and a Master Graduate Gemologist who co-owns a fine jewelry store. DEEP BLACK SEA is Salkin’s seventh published novel, and his first hard cover novel is due out in September of 2014. Salkin’s books have spanned military espionage, action-adventure, horror, mystery and science fiction. David has twice been a panelist at Thrillerfest in New York, and has been featured in newspaper and magazine articles numerous times. David M. Salkin titles include: CRESCENT FIRE, NECESSARY EXTREMES, THE MOP, THE TEAM, FOREVER HUNGER AND DEEP DOWN.

The Hexed by Heather Graham