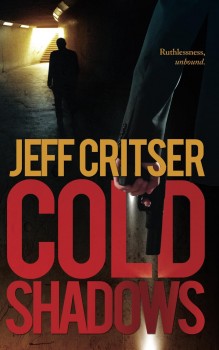 Kip Mitchelson has been plunged into the abyss. After learning of his friend’s murder in Florida, the investment banker suddenly finds himself hunted like common prey, ensnared in a dark world of ruthless betrayal.Philip Kurchow, the IT manager for a transportation company in Munich and Kip’s best friend, possessed a secret to be forever silenced – the details of a lucrative smuggling enterprise in Eastern Europe. Pilfered from vaults deep inside Russia, lethal virus technology is now up for sale, and the FBI is desperate to shut it down. Hidden far from prying eyes, however, the CIA is launching its own campaign to intercept the technology for clandestine research and black ops.Running out of time, the FBI recruits the only man able to uncover the smuggling: Kip Mitchelson. As he digs deeper into the treachery, Kip finds a more sinister stalker in the hunt, the sadistic operative known only as RAFTER. At the risk of his life – and that of his family – Kip races to expose the betrayers and fight their depraved assault.

“I could not put this book down until I knew how it ended! I missed part of my son’s baseball game because I was in the car reading…trying to walk away. Enjoy, enjoy, enjoy! Really hope there is a next one. I am quite attached to these characters.” — From Amazon Reviews

COLD SHADOWS is available from Amazon and Barnes & Noble.

“I love to read! I read everything! But, mystery and intrigue have always been at the top of my list. Tom Clancy, Robert Ludlum, W.E.B. Griffin are all standouts in my collection. A friend suggested this book and I immediately loaded it to my Kindle. Over the next two days, I devoured it, occasionally having to back up a page or two because I had been reading a little too fast. The story has more twists and turns than a country road. Critser writes a story as enjoyable as Clancy or Ludlum with a bit less extraneous detail. It kept me involved and trying to guess what would happen next and how it would end. At the end, I had a couple of questions about characters, but upon learning there will be another in the series, I can see why these questions were left unanswered. Please keep writing. I would recommend this book to anyone who enjoys a good “whodunit”.” — From Amazon Reviews“AMAZING Book and Storyline ANY READER would LOVE!!” — From Amazon Reviews

Born the son of a Marine aviator, Jeff graduated from Vanderbilt University with a degree in electrical engineering and pursued his own flying ambition as a Naval aviator deployed to Guam with Fleet Air Reconnaissance Squadron Five.In addition to his military career in aviation and naval intelligence, Jeff is a leading expert on defense intelligence and national security issues and has been an innovator in both commercial and defense technologies. Prior to his role as senior advisor in defense and homeland security, Jeff held senior management positions in intelligence and electronic defense companies like Raytheon and Texas Instruments. He is the co-founder of a technology start-up, Trinity Convergence, where he served as CEO for four years.Jeff lives in Cary, North Carolina, with his wife, Sonya, and two sons, Ian and Alec. He is currently at work on a sequel to COLD SHADOWS, entitled DARK DOWN.

Castle by the Sea by JG Faherty