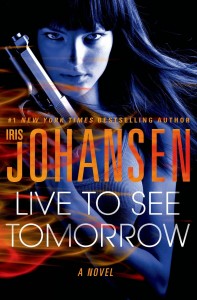 Catherine Ling is one of the CIA’s most prized operatives. Raised on the unforgiving streets of Hong Kong, she was pulled into the agency at the age of fourteen, already having accumulated more insight and secrets than the most seasoned professionals in her world. If life has taught her anything, it is not to get attached, but there are two exceptions to that rule: her son Luke and her mentor Hu Chang. When Luke was kidnapped at the age of two, it nearly broke her.

Now, nine years later, her son has astonishingly been returned to her and Catherine vows never to fail him again. But when her job pulls her away from home, she relies on the brilliant and deadly Hu Chang to safeguard Luke in her absence. Now Erin Sullivan, an American journalist with mysterious ties to Hu Chang, has been kidnapped in Tibet. If Catherine doesn’t agree to spearhead the CIA rescue mission, she knows that Hu Chang himself will go, a possibility she can’t risk. But she will be facing a monster whose crimes stretch back forty years, always eluding the CIA. And the job grows even more complicated when Catherine meets Richard Cameron, a supposed ally who’s clearly not telling all he knows. Their attraction is immediate, but Catherine isn’t at all sure that he can be trusted. If she’s going to rescue this journalist with a story worth killing for, she’ll need to keep Cameron very close.

From the treacherous landscape of the Himalayas to the twisting back alleys of San Francisco, the clock is ticking for Catherine and those she loves most. At every turn she faces a ruthless enemy who is determined to keep the truth buried, even if it means that none of them live to see tomorrow, in this novel from bestseller Iris Johansen.

“Johansen expertly ratchets up the suspense as the action builds to a riveting conclusion.” ~Publishers Weekly

“This is an edge-of-your-seat, nail-biting, and page-turner of a book.” ~Night Owl Reviews

Iris Johansen is the NEW YORK TIMES bestselling author of EIGHT DAYS TO LIVE, SHADOW ZONE, BLOOD GAME, DEADLOCK, DARK SUMMER, SILENT THUNDER (with Roy Johansen), PANDORA’S DAUGHTER and many more. She began writing after her children left home for college. She first achieved success in the early 1980s writing category romances. In 1991, Iris began writing suspense historical romance novels, starting with the publication of THE WIND DANCER. In 1996 Iris switched genres, turning to crime fiction, with which she has had great success. She had seventeen consecutive NEW YORK TIMES bestsellers as of November 2006.

Johansen lives near Atlanta, Georgia and is married. Her son, Roy Johansen, is an Edgar Award-winning screenwriter and novelist. Her daughter, Tamara, serves as her research assistant. To learn more about Iris, please visit her website.