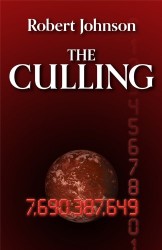 A little background to this endeavor…

Each and every second 4.17 people are born while only 1.80 die.  At this rate we add more than one-quarter million infants, most born into dire poverty and malnutrition, daily. This equates to having to find both the room and resources for a populace the size of metropolitan Los Angeles (4,000,000+) every two weeks or so.  Germany is pretty big, yet we grow by its 85 million every year, and the United States’ 330 million every four years.  Whereas it took humanity 2.3 million years to finally reach one billion (achieved in 1805) we’re now chugging past 7 billion and adding additional billions every 14 years.  This has been termed “the momentum of folly.”

This rampant growth would not be bad if not for the fact that overpopulation is the primary driver behind most, if not all, of our environmental and societal challenges and, hence, poses the single greatest threat to life as we know it.  Most scientists agree we are entering our planet’s sixth known (but first anthropogenic) mass extinction event wherein—due primarily to ocean acidification, climate change, habitat loss, and our own insatiable appetites—it is predicted that up to 40% of all life forms on our planet will become extinct by the end of this century.  It is also of general consensus that the estimated sustainable carrying capacity of the Earth is only about 2 billion people.  Just 2 billion, and yet we’re well past 7 billion and seemingly destined to break 11 billion, all the while increasing our per capita consumption of resources and greenhouse gas output.

This tragic reality is the reason why I wrote THE CULLING; a very realistic cli-fi thriller set in the smack-dab present.  Simply put, it was my goal to craft a novel riveting enough to seize readers’ attention while simultaneously force-feeding them the unbiased mathematics of our rampant growth, the cataclysmic impact it is inflicting on our environment, and the dire ramifications it poses for our future.  For this project to be successful, not only did the story have to be compelling, but also the science had to be unassailably accurate.  Basically, it is my hope THE CULLING might do for overpopulation what AN INCONVENIENT TRUTH did for global warming, by broadening the public’s awareness of this very real and terrifying threat.

A little about the story…

A fledgling CDC virologist ventures into the Guangdong Province of China as part of a World Health Organization influenza reconnaissance field team to search for the upcoming season’s newest flu virus for vaccine production. While there his team stumbles upon a particularly virulent strain packing a 70% mortality rate in a localized outbreak. While attempting to return from Asia with the isolated virus our protagonist discovers the nascent pandemic is actually the very intentional machinations of a handful of otherwise altruistic scientists who have reluctantly come to the consensus that the only hope to save the Earth’s environment and avoid the incipient mass extinction event—and ultimately the extinction of humanity itself—is to cull the population back down to a sustainable number as quickly as possible. Eventually understanding the scientists’ reasoning, our protagonist is then faced with the quandary: whether to blow the whistle on the conspiracy in an attempt to contain the outbreak before it kills off two-thirds of humanity, or to simply let it run its course, and possibly save the planet by so doing.  What would you do?

A little about the author… 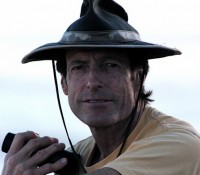 I, Robert P. Johnson, was born and raised in Oakland, California, then relocated to Lake Tahoe where I ski-bummed and (from where) traveled extensively while working intermittently as a chimney sweep, pizza cook, ski instructor, carpenter, and whitewater-river guide before finally pulling up stakes and moving to “Hollywood.”  After earning an MFA from UCLA’s Department of Film, Television and Theatre, I became a working professional screenwriter, winning First Place honors in both the Samuel Goldwyn and Jack Nicholson Screenwriting Awards.  My first book, THIRTEEN MOONS: A YEAR IN THE WILDERNESS chronicled a Henry David Thoreau-esque year I spent living out of a teepee on the banks of the American River high in the Sierra Nevada Mountains.  I currently live in Santa Barbara with my lovely wife and two better-than-average children—just two.  THE CULLING is my first novel.

And here are a few of my favorite reviews…

“Robert Johnson’s first novel tackles an issue that most in the media, the arts, and entertainment industry—even the environmental community—are afraid to discuss directly: overpopulation.  Despite the potential for despair, the gravity of the issues is woven into the story with plenty of colorful characters, gallows humor and a suspenseful plot that unravels across continents, making for an entertaining and thought-provoking debut.”