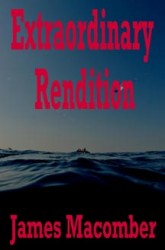 When United States Supreme Court Justice Arturo Santi disappears while on a fishing trip in the Florida Straits — along with the boat, its captain and mate and John Cann — it initially appears to be a tragic accident. It is not.

The captain of the fishing boat, widower Jake Priestly, former Air Force pararescue, uses all his skills and experience to survive what was actually an assault on his boat by a clandestine force of special operators who snatched the judge in order to…to what?

This is information that the powers that be, foreign and domestic, can not allow to go public, not least because the disappearance of the judge has opened the way for the President of the United States to appoint a replacement that will completely alter the current balance of the court. But only is Justice Santi remains missing.

And so Jake finds himself hunted, imprisoned and eventually left for dead in the Florida Everglades to keep him from revealing the truth, as he knows it, about Justice Arturo Santi’s disappearance.

“Extraordinary Rendition” is a thriller, international, legal and political and a mystery that reads like a combination of “Day of the Jackal” and “Hunt for Red October”.

EXTRAORDINARY RENDITION is available from Amazon and Barnes & Noble.

James Macomber is the author of the international legal thrillers featuring former Special Forces/NSA/CIA operator, now lawyer, John Cann — whom Booklist described as a “strong, multi-layered protagonist with the star power to keep this series going for a very long time”. But Macomber’s novels are about  more than just Cann. They feature an ensemble cast of memorable characters centering on the ‘players’ at a Washington DC international law firm with very close ties to the intelligence community. Notable among them is Katherine Price, also a lawyer with a past, hers in counter-terror at the Department of Justice and the State Department.

In novels that reflect and often predict actual events, “Bargained for Exchange” dealt with terrorists in academia, “Art & Part”, assassinations in the Netherlands during the trial of the Pan Am 103 Lockerbie bombers, and “A Grave Breach”, with atrocities, international organized crime and human trafficking against the backdrop of the Bosnian war crimes trials. It was in “A Grave Breach”, that the character of Katherine Price was introduced and she became, in fact, the hero of the novel. By popular demand, she and John got together in the fourth Macomber novel, “Sovereign Order” where they attend the Monaco Grand Prix and risk losing everything to a horrifying WMD attack on the “crown jewel of formula Grand Prix racing”.

Jim’s latest release is “Extraordinary Rendition” which introduces former Air Force para-rescue Jake Priestly who must battle enemies foreign and domestic, human and otherwise to save a judge whose disappearance threatens the balance of the United States Supreme Court.

And in the not too distant future, look for “A Walk With the Sun” which features John and Katherine, of course, and takes place in Edinburgh and the Scottish Highlands.